The Sony Xperia 1 IV 16GB + 512GB and the Xperia 1 IV Gaming Edition were unveiled at today’s new product launch conference. The Xperia Stream docking station for gamers was also available as a special accessory. Both of the new cell phones have configurations that are nearly identical to the first-generation models. The video game version, however, has a few enhancements.

The 6.5-inch 4K AMOLED screen found on the previous generation of Sony Xperia 1 smartphones is carried over to the new Xperia 1 IV. The screen ratio of this gadget is 21:9, and it has a refresh rate of 120 hertz. 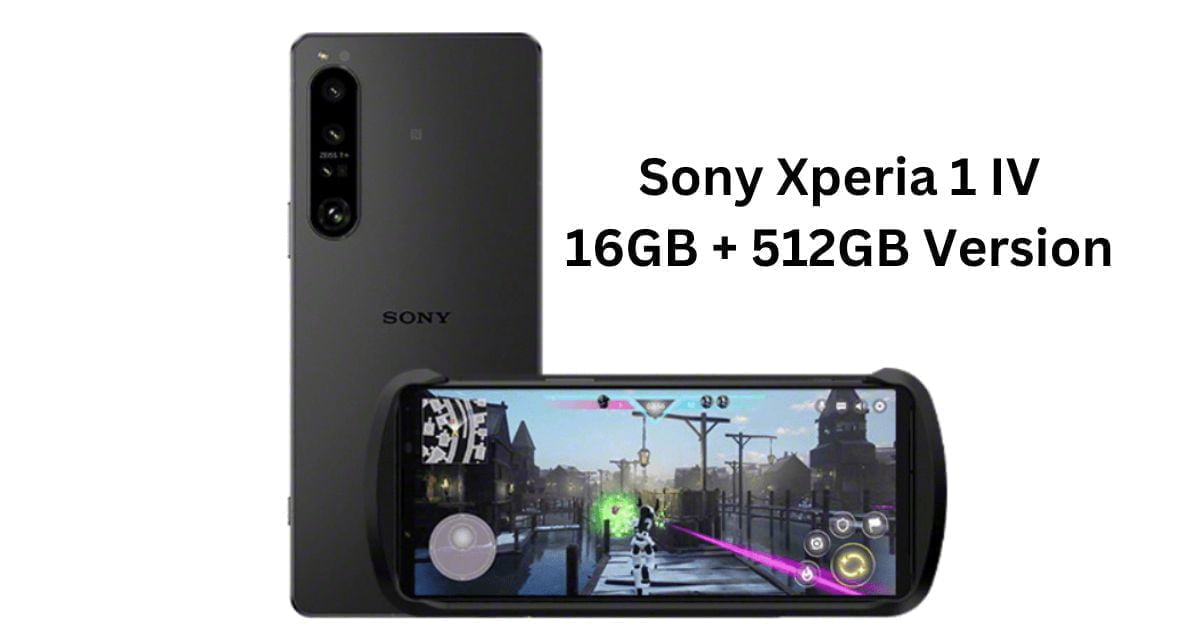 The screen brightness on this gadget has been improved by a factor of two. The Sony Xperia 1 IV’s configuration is highlighted by the usage of Qualcomm’s top-tier Snapdragon 8 Gen 1 CPU.

This high-end mobile device has 512GB of storage space and 16GB of RAM. In addition, it runs on Android 12, and its internal storage can be increased via MicroSD.

The three cameras, according to Sony, can record 4K footage at 120 frames per second. All of the sensors also feature ocular autofocus, real-time object tracking, and optical picture stabilization via FlawlessEye.

All of the cameras can shoot at 20 fps in burst mode with autofocus/AE and HDR enabled, and they can all use image stacking to increase dynamic range. Both the 3D ToF and the RGB infrared sensor on the camera’s rear inform the AI system responsible for adjusting the white balance. 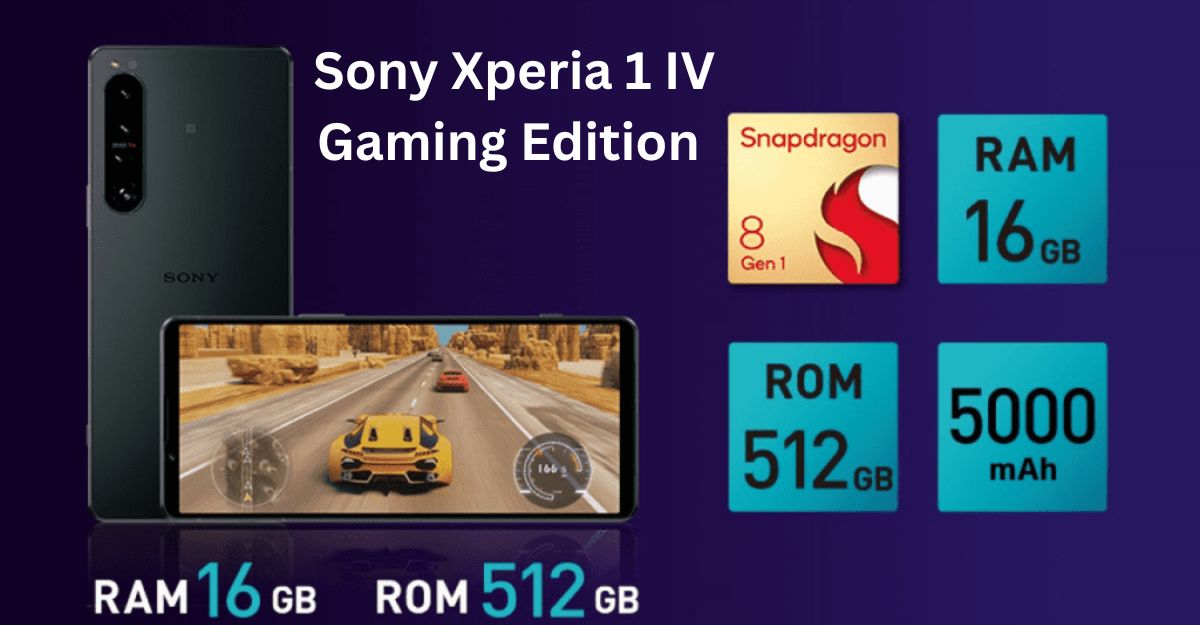 Sony’s flagship smartphone, the Xperia 1 IV Gaming Edition, is also one of the most expensive. In Japan, the price of this gadget exceeds that of the iPhone 14 Pro by a significant margin.

If you want the best Xperia 1 IV experience, get your hands on the Xperia 1 IV Gaming Edition. It has 16GB of RAM and 512GB of internal storage space. Other specs, however, are identical to those of the Xperia 1 IV. 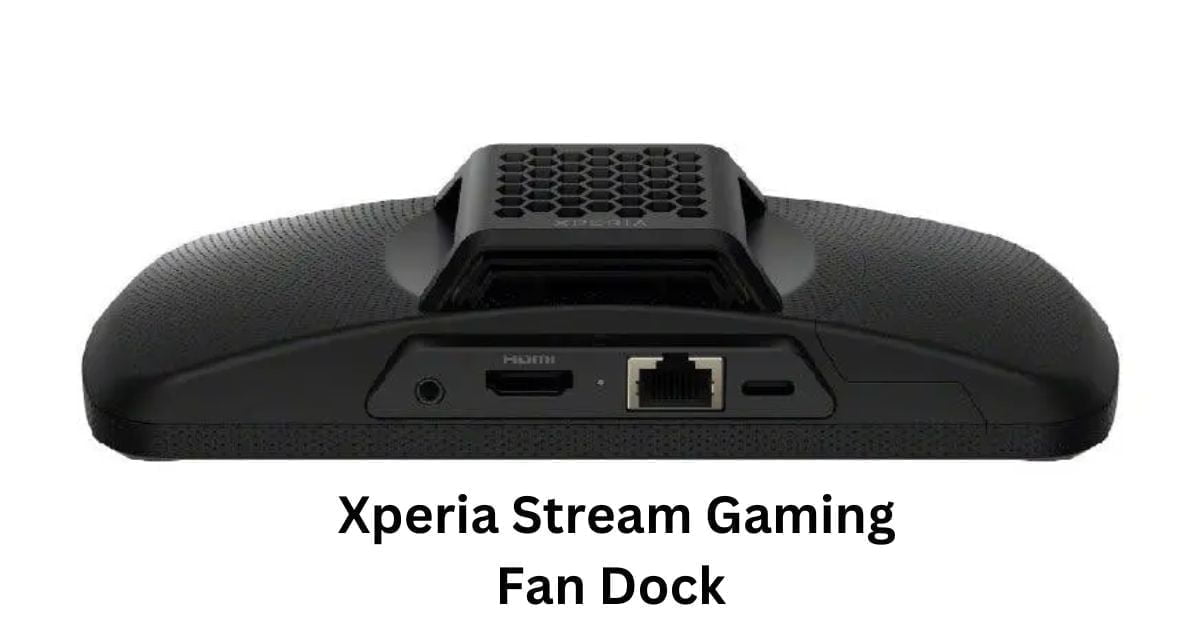 Notably, the Xperia 1 IV Gaming Edition is compatible with the Xperia Stream Gaming Fan Dock, a custom accessory developed by Sony. This add-on uses a systemic approach to cooling the user.

All of the back of the phone can be cooled by the airflow, and it all flows out via the front of the phone and away from the screen thanks to an innovative air duct design. This effectively disperses the heat, preventing any hot spots in the back.

Both automatic and manual fan control is available in the Xperia 1 IV’s Game Booster. As an added bonus, the Xperia 1 IV with Xperia Stream extends the time that users may play games in high definition.

Sony claims that they worked with the popular Japanese e-sports organization SCARZ to create the Xperia Stream. The ergonomic shape and simple modular construction make the device convenient to use and repair.

The Xperia Stream’s expansion ports are concealed within its body, so there’s no need to worry about a tangled mess of wires getting in the way of your gaming enjoyment.

The Xperia Stream supports a variety of connectivity options, including a LAN port, USB Type-C, HDMI, and a 3.5 mm headphone jack. Customers can utilize the LAN network cable interface to hook up to the wired network. With this, a steady network connection with minimal latency is possible.

This high-end mobile device has an HDMI port and can play back high-definition video at 120 frames per second. The USB Type-C interface can simultaneously power both the Xperia 1 IV and the Xperia Stream, allowing for a lag-free gaming experience and a high-quality live broadcast in real-time.

You may also have a high-quality, low-latency audio experience whether chatting with colleagues or streaming games thanks to the 3.5 mm headphone port.

The Sony Xperia 1 IV has seen an increase of 500 mAh in battery capacity. Quickly charge this smartphone with 30W support. While this isn’t the quickest charging time in the business, it does provide a 50% charge in just 30 minutes. Qi wireless charging is supported on this device. There are also upgraded front-facing stereo speakers on the Sony Xperia 1 IV.

With this update, the maximum volume has been cranked up by 10%, and the bass has been amped up by 20%-50%. The phone is cutting-edge in that it is one of the first to implement the new Bluetooth LE Audio technology, which allows for LDAC Bluetooth audio transfer through wireless connections.