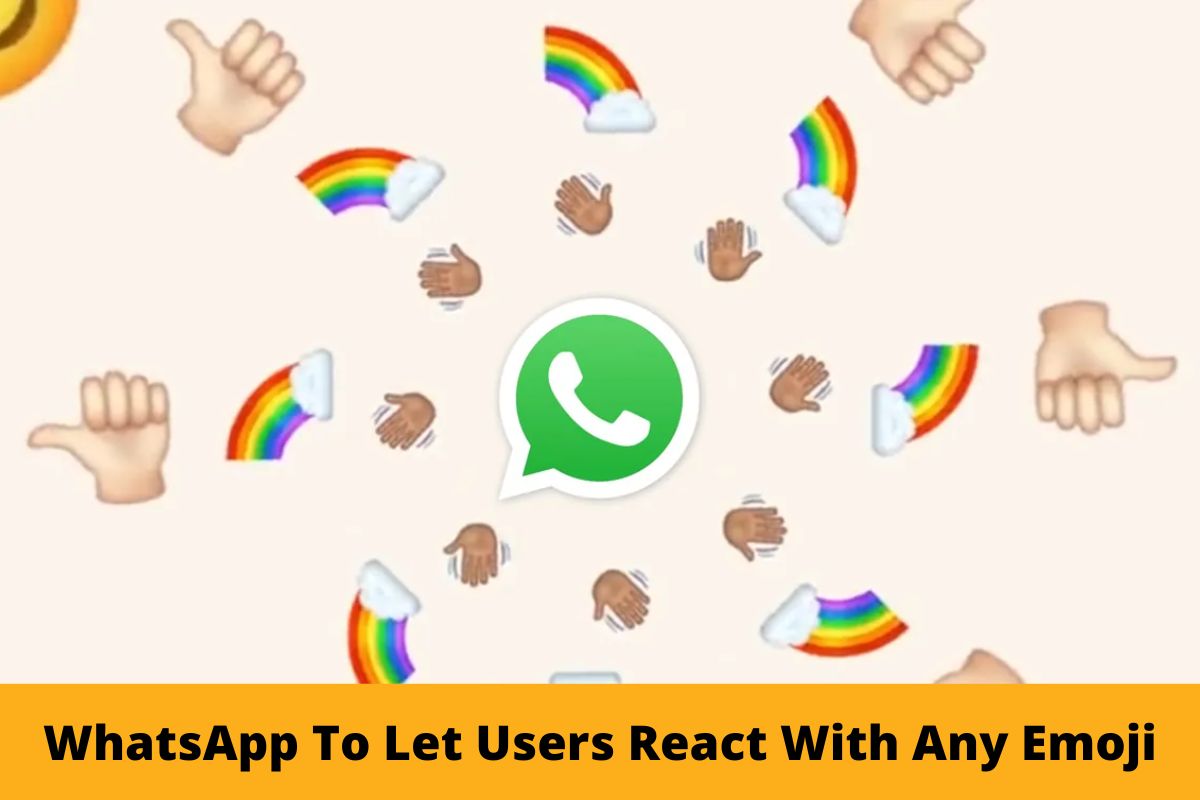 The messaging app WhatsApp, which is owned by Meta, has revealed that it will soon introduce a new feature that would allow users to reply to messages with any emoji of their choosing. There are now only six emojis available on the app for users to utilize in their reactions.

Users of WhatsApp will be able to respond to a message with any emoji thanks to the app’s expanded support for the emoji reaction feature. There are now only six emojis available, including the thumbs up, the heart, the crying with laughter face, the shocked face, the sad sobbing face, and the thank you emoji symbol.

A “Plus symbol” will appear next to the list of the six pre-selected emoji reactions in WhatsApp following the upgrade. Users can select their preferred emoji by pressing the + symbol. By long-pressing any message, which should reveal a little menu on the side, you can reply to any message with an Emoji. The declaration is made in advance of World Emoji Day, which occurs on July 17.

Keith Broni, Editor in Chief of Emojipedia, stated in a press release that “Emojis are more popular today than ever before, and today’s expansion of WhatsApp Reactions is guaranteed to catapult their popularity to even higher heights.” With more than 3,600 new emoji alternatives, he continued, “We’re thrilled to work up with WhatsApp today and apply our knowledge to address the hot button issues in emoji interpretation.

A post regarding the upgrade was also made by Meta’s CEO Mark Zuckerberg on his Facebook and Instagram pages. On WhatsApp, you will soon be able to respond with any emoji.

When WhatsApp users will be able to get the update is unclear. We do not yet have access to any emojis for use in replying to messages.

Here are a few of the fresh emojis you can use as reactions in the interim.

The emoji “taking notes” is used to convey that you are paying careful attention to someone or, well, that you are taking notes. It’s employed in a humorous manner. But hey, you can utilize the next boss to post a lengthy message on the work WhatsApp group.

When someone is lying, they use the “Blue Cap” emoji to indicate it. So, if someone responds to a message with this behavior, it indicates that they don’t trust what you have said.

When there is a hidden message behind a piece of material or when one wants to express suspicion or surprise, the shifty eyes emoji is employed. So you might utilize this reaction emoji the next time someone posts a miracle cure in the WhatsApp family group.

This is all about Whatsapp emoji reaction, for more informative content visit techballad.com