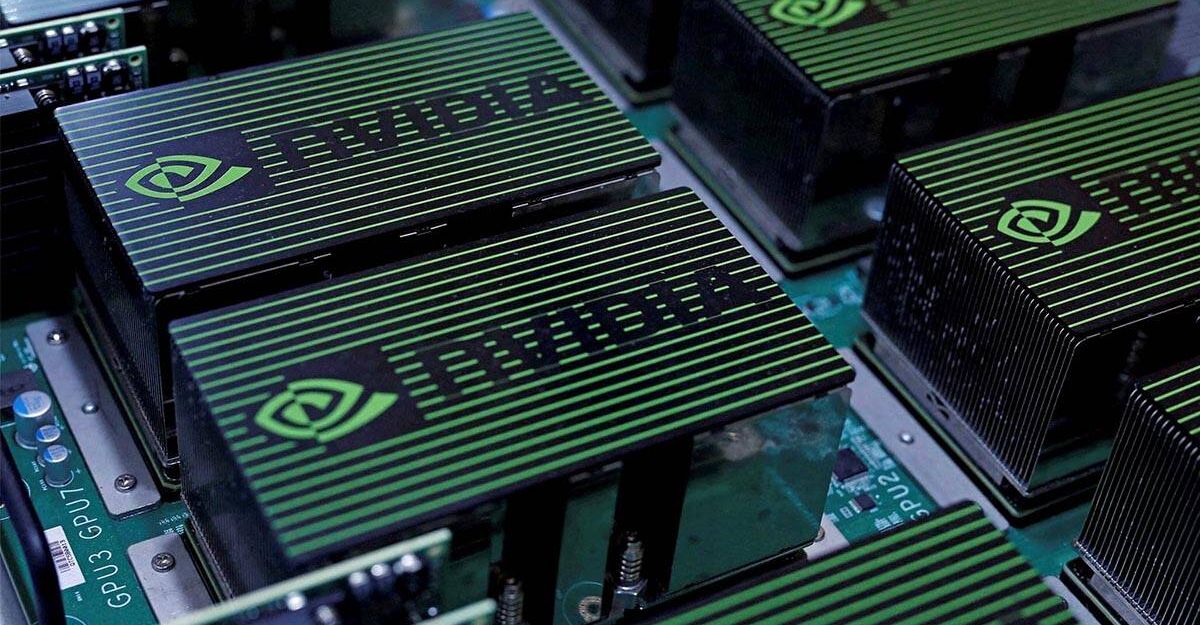 If this happens, it could severely limit Chinese companies’ ability to perform advanced work like image recognition and negatively impact Nvidia’s business in the country.

Combined with rising tensions over Taiwan, where chips for Nvidia and virtually every other prominent chip manufacturer manufactures, the move marks a significant escalation of the U.S. crackdown on China’s technological capabilities.

After-market trading for Nvidia shares was down 6.6%. The business has stated that the prohibition may delay the completion of development of the H100, the flagship chip it unveiled this year. The A100 and H100 are both designed to speed up machine learning activities.

Advanced Micro Devices Inc (AMD.O) stock dropped 3.7% after the market closed. A representative for AMD told Reuters that the company had received new license requirements that would prevent the export of its MI250 artificial intelligence processors to China but believed the MI100 chips would not be affected.

According to AMD’s estimations, the new regulations will not affect the company’s bottom line.

According to Nvidia, the United States has assured it that the new regulation “will address the risk that products may utilize in, or diverted to, a military end use’ or military end user’ in China.”

The U.S. Department of Commerce is revising its policies and procedures regarding China to “keep advanced technologies out of the wrong hands.” Still, it remains mum on the specific criteria it has set for AI chips that will no longer send to China.

To protect U.S. national security and foreign policy interests. “We are not able to outline specific policy changes at this time. We are taking a comprehensive approach to implementing additional actions related to technologies, end-uses, and end-users,” a spokesperson told Reuters.

On Thursday, China’s foreign ministry responded by accusing the United States of trying to impose a “tech blockade” on China. In contrast, the country’s commerce ministry warned that doing so would threaten global supply chains.

At a press conference, a spokesperson for China’s Ministry of Commerce, Shu Jieting, said, “The U.S. continues to abuse export control procedures to restrict exports of commodities linked to semiconductors to China, which China resolutely opposes.”

The United States has not been shy about trying to cut off the supply of semiconductors to Chinese companies before. The previous president’s government, Donald Trump, prohibited the sale of U.S.-made processors to tech giant Huawei without a license in 2020.

Chinese businesses will struggle to do advanced computing for image and speech recognition, among other jobs, without access to American chips from companies like Nvidia and AMD.

Consumer apps that use image recognition and natural language processing are becoming increasingly popular, with features like cellphones that can answer questions and automatically tag photographs. The military can employ them to filter digital communications for intelligence gathering or search satellite images for weapons or bases.

Nvidia may lose $400 million in sales of the impacted chips in China this quarter if businesses opt not to purchase other Nvidia products. It has stated its intention to seek regulatory waivers.

According to Stacy Rasgon, a financial analyst at Bernstein, the disclosure indicated that China accounted for around 10% of Nvidia’s data center sales and that the company would likely be able to “manageably” absorb the loss in revenue.

According to Rasgon, “that’s not a nice look,” but it doesn’t change the “investment” concept. It’s unclear what will happen next between the two parties.

Nvidia predicted last week that the current quarter would significantly reduce sales due to the declining gaming business. Revenue for the third quarter expects to drop 17% year over year.