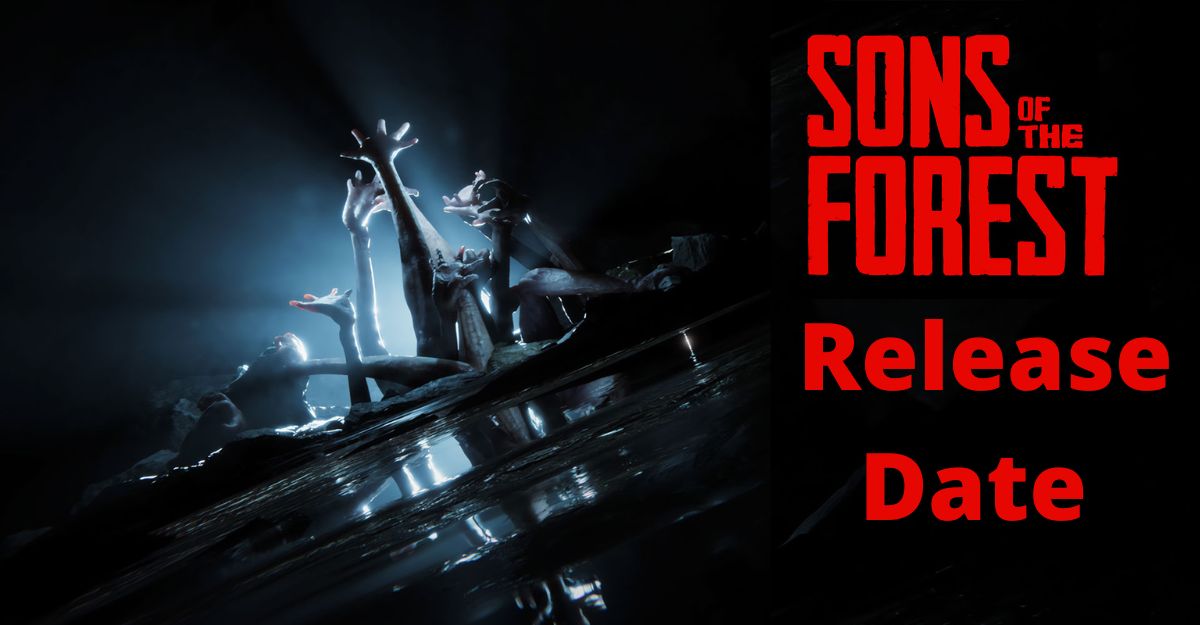 You might be wondering when Sons of the Forest will be released. Endnight Games has been as quiet as a creepy forest at night, revealing very little information about the highly awaited sequel to the horror survival game The Forest despite its announcement a few years ago.

Fans have extrapolated some facts regarding the return to the forest despite the lack of official material, including the restoration of the building and survival gameplay with a combination of cave and land exploring. The spooky adversaries and antagonists also make a comeback, albeit little is known about them in this survival game edition.

But all of that will be covered later. Let’s discuss what we currently know about the game, including Sons of Forest’s release date, its trailers, platforms, and features, for the time being.

Sons Of The Forest Story Explained

If Sons of the Forest looks interesting to you, but you missed what happened in the prequel game The Forest, check out the video explanation provided by IGN below. In less than 5 minutes, you’ll have all the information you need to get up to speed. It’s not entirely clear whether Sons of the Forest is a prequel or a sequel.

The game’s Steam page provides the sole official plot summary, which goes as follows: “Sent to find a missing millionaire on a secluded island, you find yourself in a cannibal-infested hellscape.”

We believe the ‘billionaire‘ to be Timmy Leblanc, a character from the original game. We see Timmy exploring the island at the end of “The Forest,” and he finds a note on the map labeled “Site 2.”

We believe Timmy has traveled to ‘Site 2’ in search of answers after experiencing similar symptoms to Megan Cross, who was transformed into a horrific monster at the end of the original game after being exposed to the Resurrection Obelisk.

Sons of Forest’s third trailer likewise features an older man shouting “get down son,” but this time it’s seen from the point of view of someone else who is lying on the floor. Here, we believe we are witnessing Eric, Timmy’s father, defending his son (formally the main character from the first game).

We are, presumably, a crew dispatched to the island by Eric, who is trying to track down his son.

Sons of The Forest Release Date

Sons of the Forest was originally scheduled for a May 2022 release, but in a March 2022 update, developer Endnight stated that the game’s release date has been pushed back to October.

Over these past few weeks, we have realized that our May 2022 release date for Sons Of The Forest was overly ambitious. To be able to deliver our vision of the next step in survival games, we’ve decided to move our release date to October 2022

The developers said they were “overly ambitious” with their intended release date, but that the delay would allow them to create the “next step in survival games.”

A Breakdown of the Console Port of “Sons of the Forest”

Sons of the Forest will launch exclusively for PC at this time. There have been no confirmations regarding a console release from Endnight Games (PS4, PS5, Xbox One, Xbox 360, or Xbox Series S|X). It is important to note that prior to the Xbox One release, Endnight Games only released The Forest on the PlayStation 4.

Gamingbolt approached Endnight’s Anna Terekhova about the possibility of an Xbox version, and she said: “Sony had first contacted us back when the initial trailer for the game was released,” she said. “We were able to build up a really good relationship with them, and knowing that as a small team we would only be able to focus on one console at a time being exclusive for a short period of time made sense.”

When pushed about a possible Xbox port, she added, “We’d love to bring the game to Xbox in the future”.

While this is all conjecture at the moment, we may speculate that Sons of the Forest could release on PS4 and PS5 at some point in the future, but with Endnight Games still being a tiny company, it’s less likely that we’ll see the game on Xbox systems without further development or aid.

Sons Of The Forest Platforms

Sons of the Forest will only be available on PC for the time being. If a console release is anticipated in the future, that is unknown. Sons of the Forest may follow in the footsteps of The Forest, the game that came before it, which did release on the PS4; however, without confirmation, this is now just wild speculation.

Sons Of The Forest Trailer

Three trailers have been released for Sons of the Forest since the first one appeared at The Game Awards in 2019. All three are displayed down below. The new features, animals, and refined gameplay mechanics of the upcoming game are gradually revealed in each clip.

Sons Of The Forest Gameplay

More information on the sequel may be found in the Steam listing for the game, below, in addition to what has been shown in the videos above.

A Survival Horror Simulator:- Feel unrestrained to take on the world as you see fit. What you do, where you go, and how you survive is entirely up to you. None of the non-player characters will yell at you or assign you tasks you don’t want to complete. You’re in charge, thus it’s up to you to decide what should happen next.

Fight Demons:-Step into a world where you’ll face off against a wide variety of mutant creatures, some of which are eerily similar to humans and others of which you’ve never seen the likes of before. Arm yourself and the people you care about with pistols, axes, stun batons, and everything else you can get your hands on.

Build and Craft:-Experience all of the interactions; shatter sticks to make fires. If you want to remove walls or floors, grab an axe. You have the option of constructing a simple cabin or a sprawling complex by the water.

Changing Seasons:-Harvest spring and summer fish by hand from running streams. Prepare for the upcoming winter by stocking up on meat. When winter comes and food and resources become short, you won’t be the only one hunting for a meal, for you’re not alone on this island.

Co-op Gameplay:-Get through it either on your own or with some help from your pals. Gather supplies and construct barriers as a group. Raise to the surface so that both above- and below-ground regions can be investigated.

You now know everything there is to know about Sons of the Forest, including information regarding its release date, for more informative content visit techballad.com.