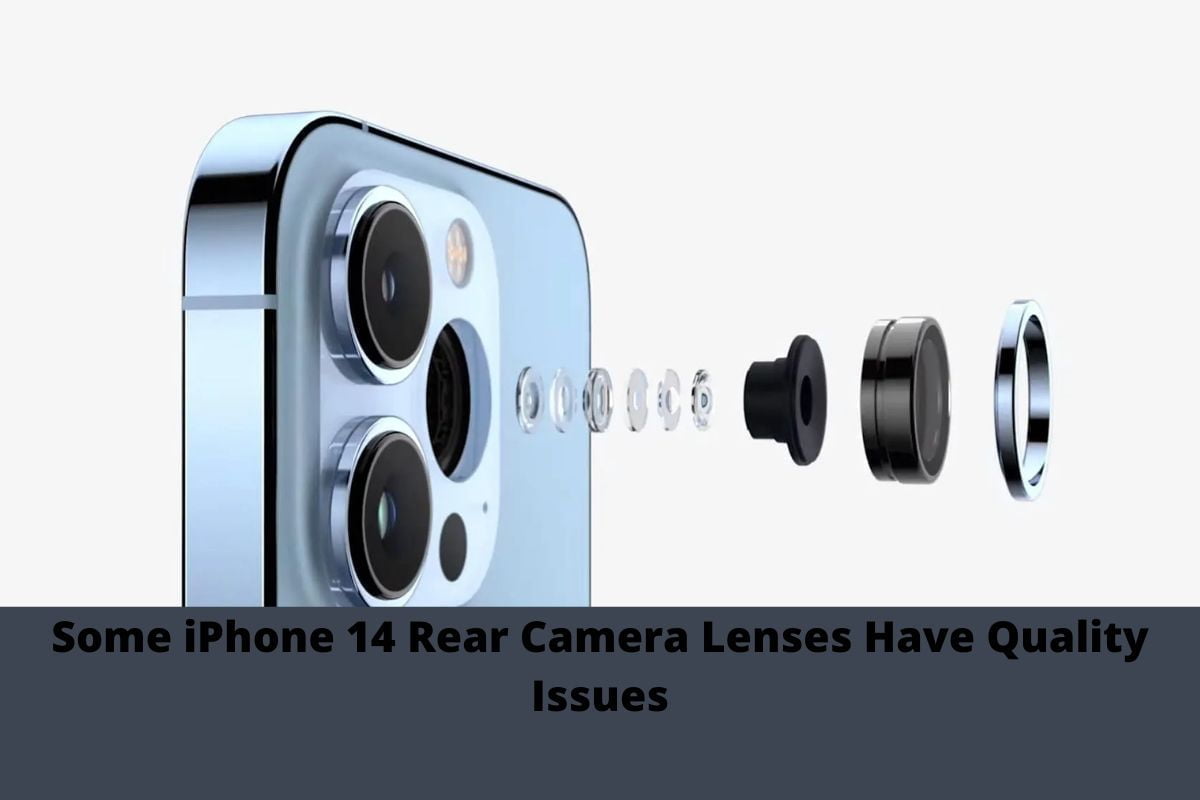 Some of Apple’s memory and panel manufacturers are experiencing a supply bottleneck, according to analyst Ming-Chi Kuo’s report from last week. This should have a “minimal impact” on the shipment of the iPhone 14 this fall. According to a recent rumor from Kuo, some of the iPhone 14’s rear camera lenses have been experiencing “quality concerns,” and Apple may once again need to switch vendors.

Some of the camera lenses offered by Genius “suffered from coating-crack quality difficulties,” the analyst explained on Twitter, referring to the lenses. In the same tweet, Kuo claims that in order to prevent substantial delays in the manufacture of the iPhone 14, Apple has already shifted an order from Genius for around 10 million lenses to Largan, another Taiwanese lens-focused company.

In spite of these obstacles, Ming-Chi Kuo is confident that Largan will more than adequately close the supply gap. Considering its past experience, Genius estimates that it will take up to two months to address the coating-crack problems in its lenses. When it comes to the iPhone 14 series, Largan should remain the primary lens provider if this process takes longer.

Due to this, it doesn’t appear likely that Apple will postpone the launch of the iPhone 14 as a result of this circumstance. But if the product only comes in a small number of units, it won’t be shocking. It should be noted that Apple orders parts for a new product months before it is formally released, giving the corporation plenty of opportunities to address issues like these.

On the other hand, Kuo also said last week that Apple has increased the number of component suppliers for the iPhone 14 Pro versions after the company’s quality certification was granted to SG Micro’s integrated circuits. This demonstrates that the business has a “plan B” to avoid significant delays in the supply of the iPhone 14.

This year, four new iPhone models are anticipated from Apple. The only devices with a speedier CPU and a new screen design that uses a pill-shaped cutout rather than a notch are the iPhone 14 Pro and iPhone 14 Pro Max. A new 48-megapixel wide camera with 8K video recording capabilities is also believed to be included in this year’s Pro versions.

Along with the largest front-facing camera improvement in years, the iPhone 14 Pro and iPhone 14 Pro Max will also include an autofocus system with improved low-light performance and a new lens with a larger aperture of f/1.9.

The normal iPhone 14 versions should be mostly based on the hardware of the current iPhone 13, with a few minor camera improvements, larger batteries, and 6GB of RAM instead of 4GB. The “small” model will be replaced this year with a new “iPhone 14 Max” with a 6.7-inch screen, which will be the most noteworthy improvement to the mid-range selection.

This is all about Some iPhone 14 Rear Camera Lenses Have Quality Issues, for more informative content visit techballad.com