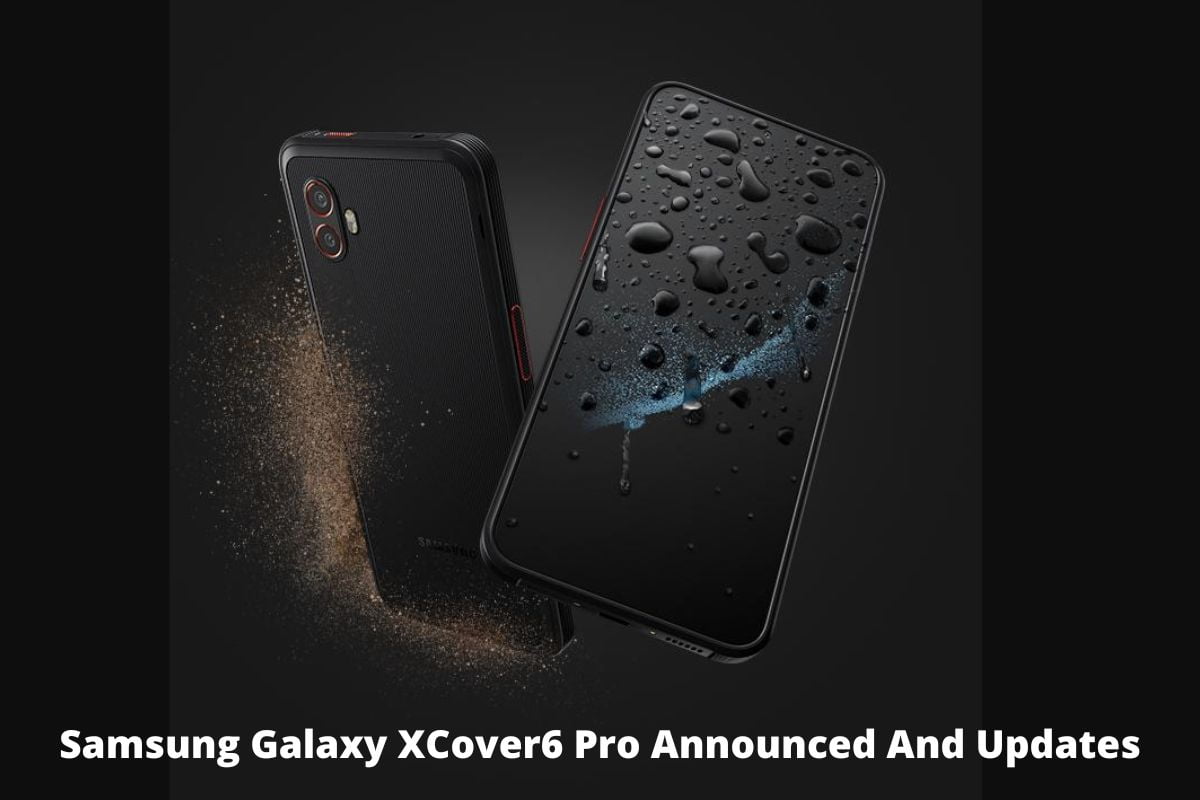 The Galaxy XCover 6 Pro, Samsung’s newest rugged smartphone, has been introduced. The product is the first of its kind to offer Wi-Fi 6E connectivity and 5G compatibility. Beginning in July, it will be accessible across Europe, Asia, and the Middle East. The XCover line from Samsung is expanding. The official release of the Galaxy XCover 6 Pro has features you’d anticipate to find in a 2022 model as well as the reintroduction of a crucial feature we’ve been missing.

According to the manufacturer, the phone is Samsung’s first rugged smartphone with Wi-Fi 6E connectivity and capability for 5G. (opens in new tab). The latter should provide you with better wireless speeds and lower latency, though this will vary depending on the user situation and network provider.

It is a worthy competitor for the finest inexpensive Android phones like the Samsung Galaxy A53 or OnePlus Nord N20 because it is powered by Qualcomm’s Snapdragon 778G processor, which is based on 6nm technology. There are 6GB of RAM and 128GB of internal storage in the phone, and a microSD card slot allows for an additional 1TB of storage.

However, its main goal is to compete with the most robust Android phones. There are many of features on the ruggedized smartphone that protect it from the elements. It is designed in accordance with MIL-STD-810H standards and has an IP68 rating for dust and water protection.

The newest tough phone from Samsung features a 6.6-inch FHD+ screen with a 120Hz refresh rate. The screen is praised for its improved responsiveness even when used when wearing gloves or in the weather. Furthermore, Corning’s Gorilla Glass Victus+ shields the screen.

The changeable battery on this phone distinguishes it in a competitive market. This means that if it runs out of juice, you may replace its 4,050mAh battery. Additionally, many accessories can be charged at once with its POGO charging capability.

The Galaxy XCover6 Pro has Samsung DeX, which enables users to set up a mobile workplace with an external display, keyboard, and mouse for individuals who work remotely.

The device comes pre-installed with Android 12 but Samsung offers up to five years of security updates as well as four more One UI and OS upgrades. Additionally, you may remap two programmable buttons, the top and XCover keys, to perform particular tasks like opening an app or turning on its push-to-talk feature.

This month, the Galaxy XCover6 Pro will go on sale in Europe, Asia, and the Middle East. Samsung will increase its geographic reach later this year.