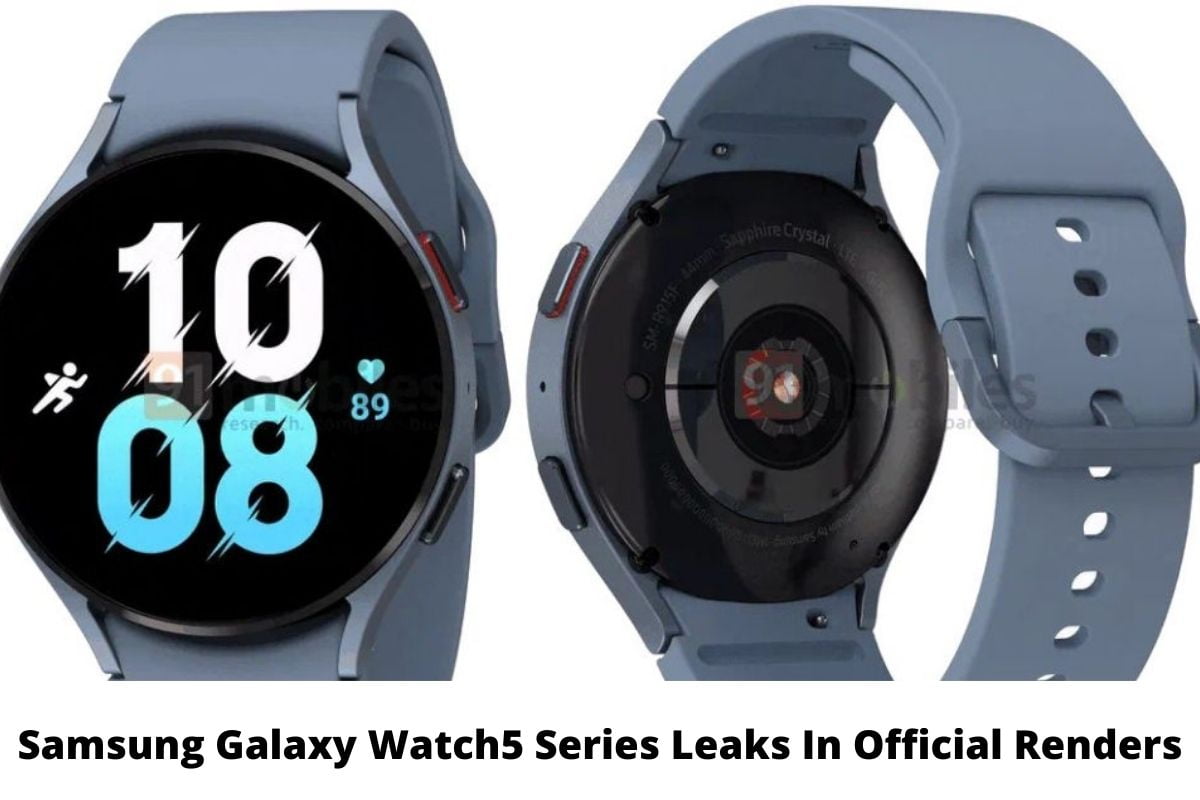 The Galaxy Watch 5 Pro and the Galaxy Watch 5 have already been the subject of several leaks. Samsung will likely update its Galaxy Watch line in August. We now have official renders that give us a 360-degree glimpse of Samsung’s next smartwatches thanks to a collaboration between 91mobiles and renowned leaker Evan Blass. The leak contains authentic 3D rotation animations that display the two forthcoming smartwatches from every aspect.

The Galaxy Watch 5 Pro from Samsung will replace the Galaxy Watch 4 Classic from last year. There will be two color options for the device: Titanium and Black. The gadgets have a new design, as seen in the renders. However, the previous high-end model’s rotatable bezel that surrounded the display has been eliminated. The Watch 5 Pro has a Sapphire Crystal display and will be available in a 45 mm size. The 5ATM water resistance and inbuilt GPS are also visible on the watch’s rear.

The watch has two buttons on the right, one of which has a crimson border. A speaker grille may be located on the left edge of the watch, while a microphone may be located on the right side. With the One UI Watch 4.5 skin on top of WearOS 3.5, the watch will operate. Although the Pro model appears to have a slightly higher bezel that lowers the screen, it otherwise looks very identical to the standard model. This can provide the display an additional layer of defense. A clasp that resembles a magnetic folding clasp is included in the Pro version. The model is most likely going to come in LTE and Bluetooth-only versions.

The regular Galaxy Watch 5, codenamed Heart, is said to replace the Galaxy Watch 4 from last year. This model will also ship in Bluetooth-only and LTE variants. It looks similar to the Galaxy Watch 4 in terms of design as well. There’s a traditional buckle strap and three colorways – Black, Blue, and White. The Watch 5 is shown in its 44 mm size but we can also expect a 40 mm version as well at launch. This device also comes with 5ATM water resistance and onboard GPS.

The Galaxy Watch 5 comes with two buttons on the right side and a speaker grille on the left. The regular Watch 5 comes with a flat display that sits flush with the bezel, so it won’t offer protection to the degree offered by the Pro variant with the raised bezel. The watch will run WearOS 3.5 as well with One UI Watch 4.5 skin on top.

This is all about the Samsung Galaxy Watch5 series leaks in official renders, for more informative content visit techballad.com