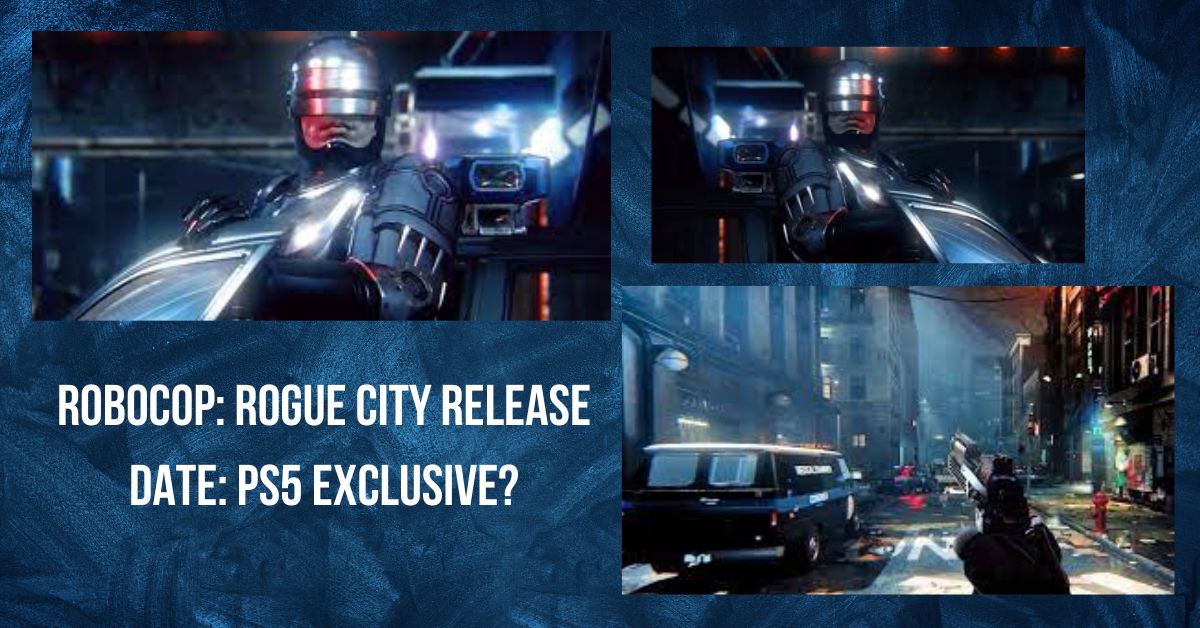 RoboCop: Rogue City has been in development since 2021, and it promises to let you don the iconic mask and become the titular cop. Despite the film’s widespread popularity, some viewers are understandably wary of this new version.

Never fear, though; we’ve done the rounds and staked out all the key areas in RoboCop: Rogue City so that you don’t have to. The only thing you need to do is keep reading. It will only take you 20 seconds to comply. In this article, we will discuss RoboCop: Rogue City’s release date and many more things related to it. You can also check Xenoblade Chronicles 3 DLC Release Dates And Price, Sonic Frontiers Release Date, Gameplay, And More.

RoboCop: Rogue City release date of June 2023 has been set for RoboCop: Rogue City, which is still fairly far away. Things are probably going well for the time being because the 2023 window that was originally announced in 2021 has been reduced to June 2022. The team has given itself a month of leeway, so hopefully, the date won’t change, but you never know.

All the latest platforms will be able to play this retro sci-fi experience: PlayStation 5, Xbox One X/S, Nintendo Switch, and PC.

Trailer for RoboCop: Rogue City was shown for the first time during 2021’s NACON Connect. This was just a quick announcement to let people know about the project and get them excited. Early in the trailer, a voiceover reads a news article about the rising crime rates in Old Detroit.

When the reporter wonders who can stop the rioting criminals, the iconic image of RoboCop removing his sidearm from his thigh holster flashes on the screen. At NACOn Connect 2022, around a year later, RoboCop: Rogue City made another appearance, this time with playable demos.

The beginning of this trailer is strikingly similar to the beginning of the prior one: we watch crime scenes from the city as a newscaster describes the epidemic of crime that has swept across it. An actual criminal interrupts the show this time. From there, we go straight into the first-person perspective as RoboCop arrives on the scene.

His robotic legs whir as he takes each step, creating a wistful sound. We transition to him storming a facility or factory and to the general slums and alleys of Detroit before returning to him as he approaches the news station that punk gangsters have taken over. Additionally, a crucial confrontation with a robot that resembles ED-209 from the movies is depicted. RoboCop: Rogue City release date.

Among the few lines is a man (probably the bank’s owner) demanding to know where the money is. Later in an interview, he states, “I would trust this guy with my kids… I mean, if I had any,” implying that whatever happened was a glitch. It’s not entirely obvious what he means, although it could be a reference to the failed attempts to create fully robotic police in the movies, such as the ED-209.

RoboCop finally removes his mask at the end of the trailer and says, “Dead or alive, you are going with me.” But it’s not simply the words themselves that made Peter Weller’s return as Murphy/voice RoboCop so impressive. No hints are given about the game’s setting or timeline, not even the appearance of a robot that looks like ED-209. You can also check Nhl 23 Release Date, EA Play Trial Period, and X-Factor Edition, The Complete PGA 2K23 Release Date, Time, and Trailer Breakdown

While it’s true that the gameplay clip featured genuine gameplay, its heavy editing makes it difficult to get a feel for how RoboCop: Rogue City plays. However, the gist may be gleaned from a careful examination of the tape.

It’s safe to assume that first-person shooting will be a mainstay of this title, however, we may expect some additional gameplay mechanics as well. One example is the movie-familiar targeting mode depicted by scan lines that lock on to and automatically kill adversaries. RoboCop: Rogue City release date.

Despite the lack of a heads-up display in the video, we may surmise that this will be a “super” or timed ability that, like Soldier-76’s ultimate in Overwatch, will cause you to automatically target any foes in your line of sight for a set amount of time if activated.

However, shooting isn’t your only option. RoboCop is shown kicking trash cans and hurling his enemies with both hands. Only RoboCop’s Auto-9 sidearm has been seen thus far; maybe, other options will be available in the final game.

Since RoboCop: Rogue City is being marketed as a solo experience, multiplayer features are probably not in the works. Considering the tiny size of the production team and their track record, it’s safe to assume that this will be a story-driven, single-player experience.

The month has been set, but it’s still too soon for RoboCop: Rogue City pre-orders. However, PC gamers who can’t wait for updates can put the game on their wishlist. If not, rest assured that we’ll keep you posted as developments warrant.

A June 2023 release date for Robocop: Rogue City was announced at Nacon Connect. The upcoming RoboCop: Rogue City video game will be playable on PC, PlayStation 5, Xbox One, Series X/S, and Nintendo Switch.