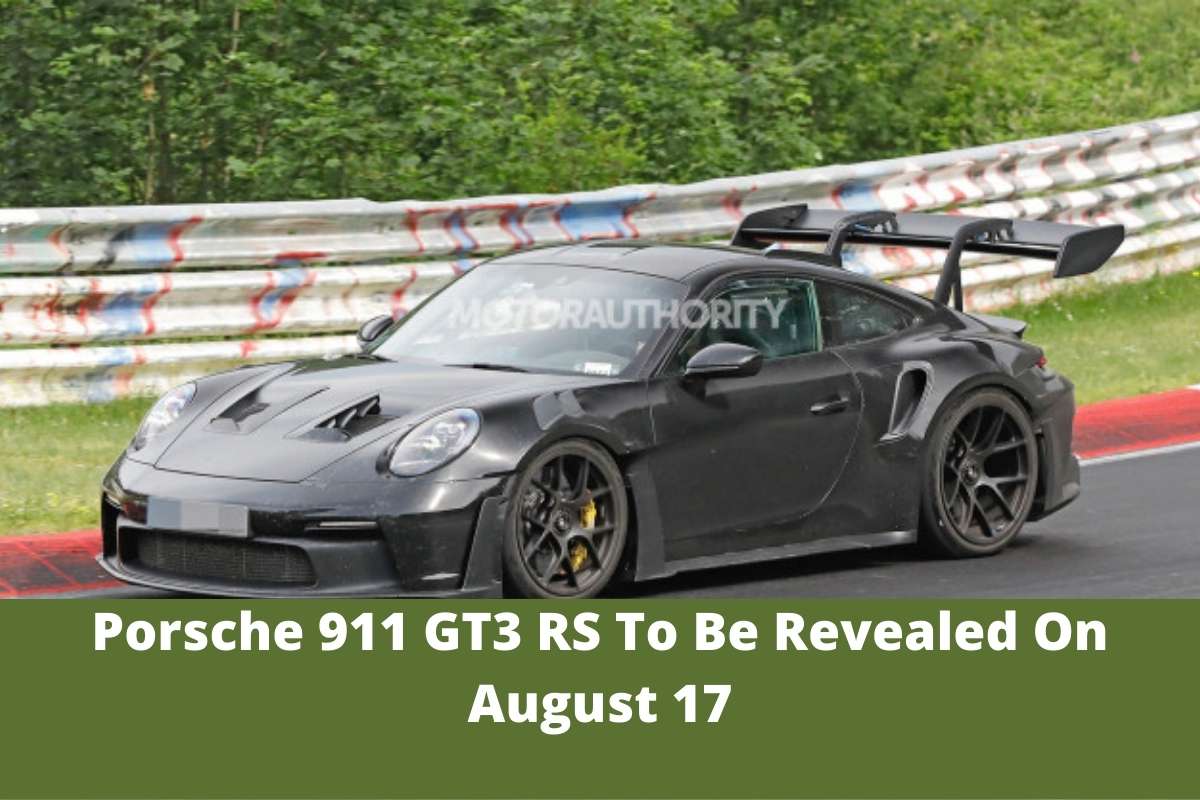 Director of Porsche GT Andreas Preuninger stated: “The new 911 GT3 RS is even more tuned for track use than its predecessors.” The four-liter, six-cylinder boxer engine with a high rpm limit and about 500 PS has proven to be the best choice for usage at track days and club sports events. In order to address these issues, we largely concentrated on aerodynamics and chassis issues when designing the new 911 GT3 RS.

The whole rundown won’t be available until the beginning of the following month, although a recent sighting of a test mule did provide some intriguing information. An undisguised version of the upcoming 992-generation Porsche 911 GT3 RS was spotted on the roads near the Nürburgring, giving the first glimpse at the truly amazing aero package it will sport when it is formally shown.

Porsche is anticipated to offer the upcoming 911 GT3 RS with a brand-new, incredibly high-performance Pirelli tire choice named Trofeo RS in addition to its extreme aerodynamics. As the name implies, this upcoming track-day-focused choice will sit a level above the already sticky Trofeo R, offering Pirelli a competitor to Michelin’s Cup 2R.

The 992 RS from Porsche has gone even farther by constructing custom bumpers, front wings, and a new bonnet. Like earlier versions of RS, the most recent model will use the broader Turbo shell to follow in the footsteps of its predecessors.

The front compartment, which will house the RS’s cooling requirements, will have two sizable holes in the form of creases and scallops on the front bonnet. Deeper than earlier vanes on top of the front wheels of wider front wings draw high-pressure air into the arches.

The lower third of the front wheel arch has been scalloped away to aid in aerodynamics, and in its place, a vertical vane has been installed to clear the airflow as it leaves the front wheel area. An extended side sill is directly connected to this new aero vane. The front bumper’s outside edges have been fitted with extra vertical vanes, and the splitter that directs air beneath the car has been sharpened.

The roof has a double-bubble profile that was originally seen on the Sport Classic from the 997 generations, and farther back, there are two discreet fins to smooth the airflow before it meets the RS’s most aerodynamic component—its enormous wing.

Its swan neck uprights are fastened to the chassis in the same manner as the GT3’s through the plastic shroud at the base of the rear screen, but they are much more substantial and have a more complex mounting mechanism that allows for a broader range of adjustment.

Similar to the front, a pair of aero vanes are added to the rear bumper’s outside edges and all the way around the cutaway parts of the rear arches. It doesn’t appear like the rear diffuser is noticeably larger than the standard GT3 model.

Additionally, it appears that this will be the first 992 models to lack flush-fitting door handles because it is evident that the electronic door handle and its supporting gear were thought to be excessively heavy.

The PDK and atmospheric 4-liter flat-six engine of the 992 are anticipated to stay in the GT3 RS’s powertrain, however, it is unknown whether they will offer a significant power increase over the regular GT3. Porsche will almost definitely only offer a seven-speed PDK as it prefers to let its RS products concentrate on pure performance. When the car makes its international debut later this year, a Weissach package is anticipated to be among the available options as well.

This is all about the Porsche 911 GT3 RS To Be Revealed On August 17, for more informative content visit techballad.com