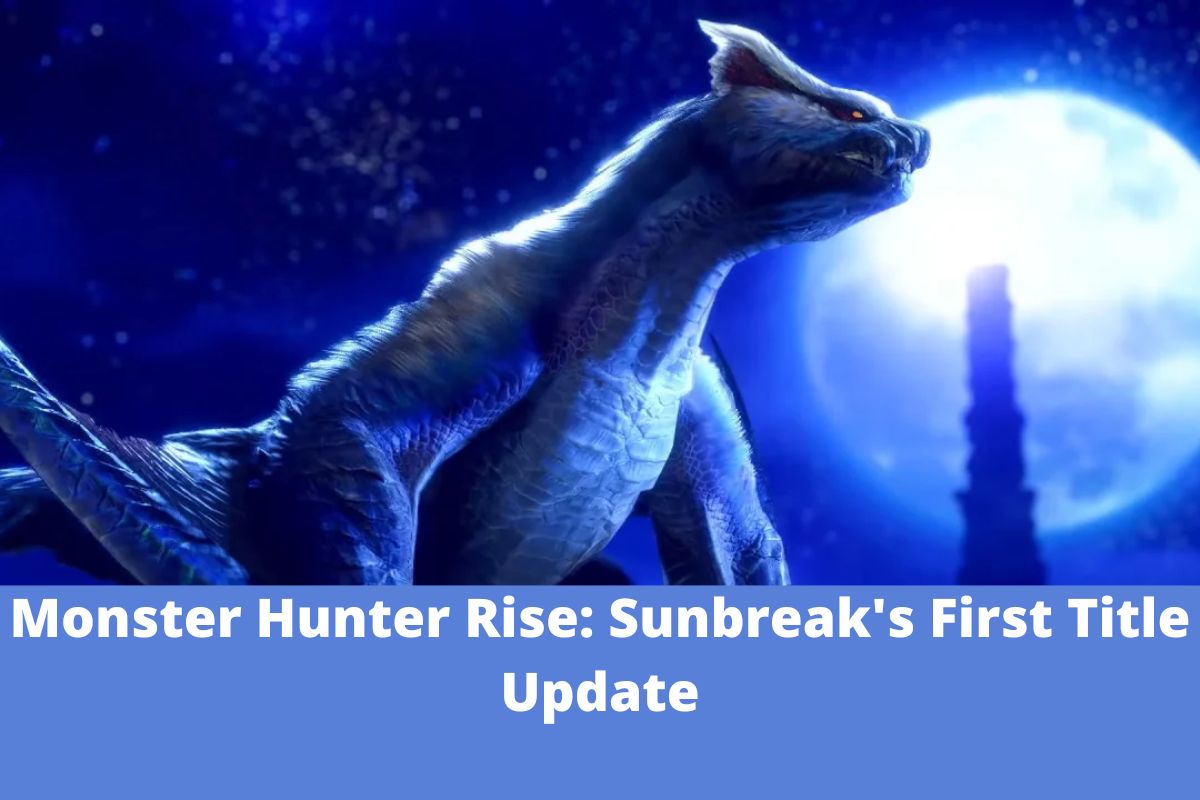 Details on the DLC for Monster Hunter Rise: Sunbreak, which will give the game new content and monsters, have been made available by Capcom. Here is all the information you need to know about the release date for the free title upgrades.

The base game features a tonne of extra material thanks to Monster Hunter Rise: Sunbreak. There is a tonne of new mechanics and movesets to learn, from powerful Silkbind assaults to new flagship animals like Malzeno.

But, like earlier games in the series, Capcom is offering free DLC that will roll out all through the year. These content upgrades feature new locations, monsters that have returned, and other fun extras.

The first title update launches in August 2022 and adds a new setting called the “Forlorn Arena” as well as uncommon creatures such as the Lucent Nargacuga and Seething Bazelgeuse.

Lucent Nargacuga was first presented in Monster Hunter 3 Ultimate, where it is infamous for annihilating Hunters with its invisibility and quick strikes. Seething Bazelgeuse prefers a more explosive playstyle, whereas Lucent Nargacuga prefers speed and stealth.

When they make their Sunbreak appearance, both monsters will prove to be a difficult challenge, and their armor sets and weaponry are probably going to be highly formidable.

The addition of new Anomaly Research-related content has also been confirmed by Capcom as if that weren’t enough. Hunters can use fresh materials for additional armor enhancements through the use of Qurious Crafting, which is another option.

Hunters now have an early look at how the elusive Moon Swift Wyvern will function as Capcom revealed fresh gameplay of Lucent Nargacuga.

Lucent Nargacuga is shown in the clip executing a series of lightning-quick assaults before turning invisible entirely. After hiding its body, the monster darts at hunters in the area before unleashing a lethal surprise assault.

Hunters will surely need to become familiar with its cunning assault tactics, particularly if they want to prevent triple carting and failing this new DLC objective.

Future title upgrades are also planned, with Title Update 2 and Title Update 3 debuting in the fall of 2022 and winter of 2022, respectively. Additionally, there’s a chance that 2023 will see the release of new updates.

Capcom also mentioned that there are still further monsters they haven’t shown, so be sure to bookmark this page for all the most recent information.