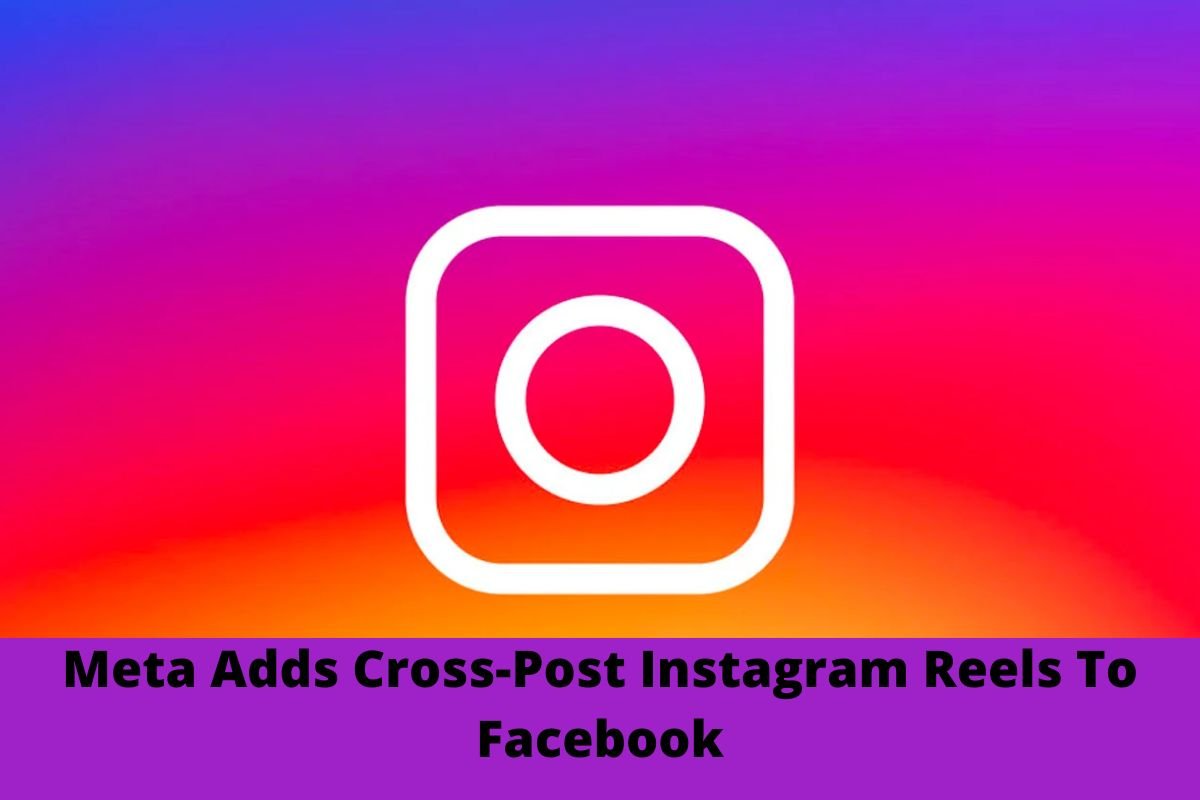 Meta is making progress toward its aim of increasing the amount of video that is available on its many platforms. This week, the firm is enabling users all around the world to cross-post their Instagram Reels to their Facebook profiles.

According to a report by Engadget, Instagram is in the process of implementing a number of updates to Reels that will have an impact on the way the format interacts with Facebook. Users are now able to cross-post Reels from Instagram to Facebook with the click of a single button, as was announced by the head of Instagram, Adam Mosseri.

Meta is marketing this update to Instagram producers as a method for them to expand their audiences across both applications and, as a result, improve their ability to monetize their material.

Additionally, the “Add Yours” sticker option that was previously only available in Stories will now be available in Reels on both Instagram and Facebook. According to Mosseri, this concept not only enables users to participate in a trend but also actively encourages them to do so. Those who are the ones who initiate trends also have the option of receiving prominent credit if they so desire (this option can be turned off).

Because Facebook now has a tool that can automatically transform any story into a Reel, the social media platform is providing direct support for the video format known as Reels. In addition, Facebook will receive additional Reels Remix capabilities, which are identical to those that were initially made available on Instagram and are modeled after functions that can be found on Meta’s competitor TikTok. Users now have the option of showing a video that they are remixing after the original Reel that it was taken from, or they may show both videos side by side.

Have a favorite? Let me know 👇🏼 pic.twitter.com/RwjnRu5om2

In addition, Facebook is improving its analytics for reels that are hosted on the platform. The updated Insights feature now displays the number of people reached, the number of times a video is played, the total minutes viewed, and the average watch time, in addition to the number of likes, comments, and shares.

At long last, the ability to tip Facebook Stars creators is being made available to all of the platform’s eligible content producers. In the Creator Studio, those creators will have access to more insights from Reels, which will allow them to better tailor their content to the things that their audiences want to see from them.

In recent days, Instagram has been receiving a lot of opposition against certain suggested modifications that will make the platform more like TikTok. After receiving a barrage of criticism from celebrities regarding the decision, Instagram has reversed course on its promise to add more video features to the platform. Nevertheless, despite the fact that the corporation caved in at the moment, it is abundantly evident that it has not strayed from its long-term objective, which is to transform both Facebook and Instagram into TikTok.

The popularity of TikTok is driven primarily by members of Generation Z and teenagers, and recent studies show that neither of these age groups uses Facebook frequently, if at all. Because of this, the decision that Meta made to more closely attach Instagram Reels to the aging Facebook platform is therefore unusual, given that those who are deeply tied to the short form video content that was popularized by TikTok aren’t even using Meta’s main program.