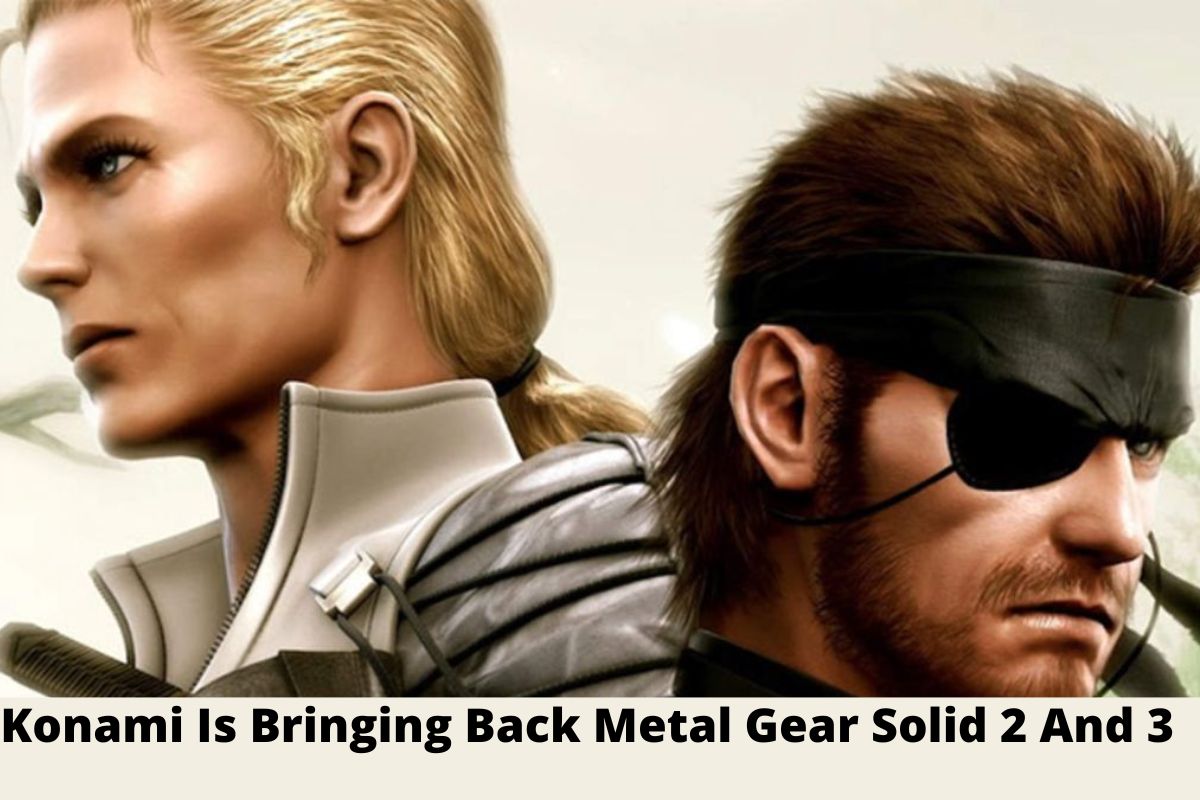 The reinstatement of delisted Metal Gear games to digital marketplaces has been officially announced by Konami.

The official Japanese Twitter account has made the announcement. The 35th anniversary of the franchise is commemorated in the tweet, which also announces that “We are getting ready to resume sales of titles that have been temporarily paused.”

This is probably a reference to both Metal Gear Solid 2 and 3, which were temporarily taken off from digital shops on November 8, 2021. The justification was that the permissions for the historical material featured in the game were about to expire, though Konami promised fans at the time that it would endeavor to bring them back.

The games were taken from the PlayStation 3, PlayStation Vita, Xbox 360, GOG, and PlayStation Now. Snake Eater 3D was also removed from the 3DS store, although it’s important to note that the store will still close in March 2023.

When Metal Gear Solid 2: Sons of Liberty was first launched for the Playstation 2 in November 2001, it put players in control of a brand-new character named Raiden rather than the game’s previous protagonist, Solid Snake. The Cold War was the setting for the 2004 game Metal Gear Solid 3: Snake Eater, which served as a precursor to the entire series. Players took control of Naked Snake in this game.

On July 13, 1987, Metal Gear was originally made available on the MSX2. Two sequels, Snake’s Revenge and Metal Gear 2: Solid Snake, was released later. Later, the series made its 3D debut with the legendary Metal Gear Solid video game for the Playstation in 1998, which also greatly boosted the series’ popularity.

Hideo Kojima, the creator of the franchise, is presently developing a brand-new game with Xbox Games Studios in collaboration with his own company Kojima Productions, however, the game has not yet been given a name. A sequel to Kojima’s most recent game, Death Stranding, was also discussed by Norman Reedus, who played the lead character Sam Porter Bridges.

It is all about Konami Is Bringing Back Metal Gear Solid 2 And 3, for more informative content visit techballad.com