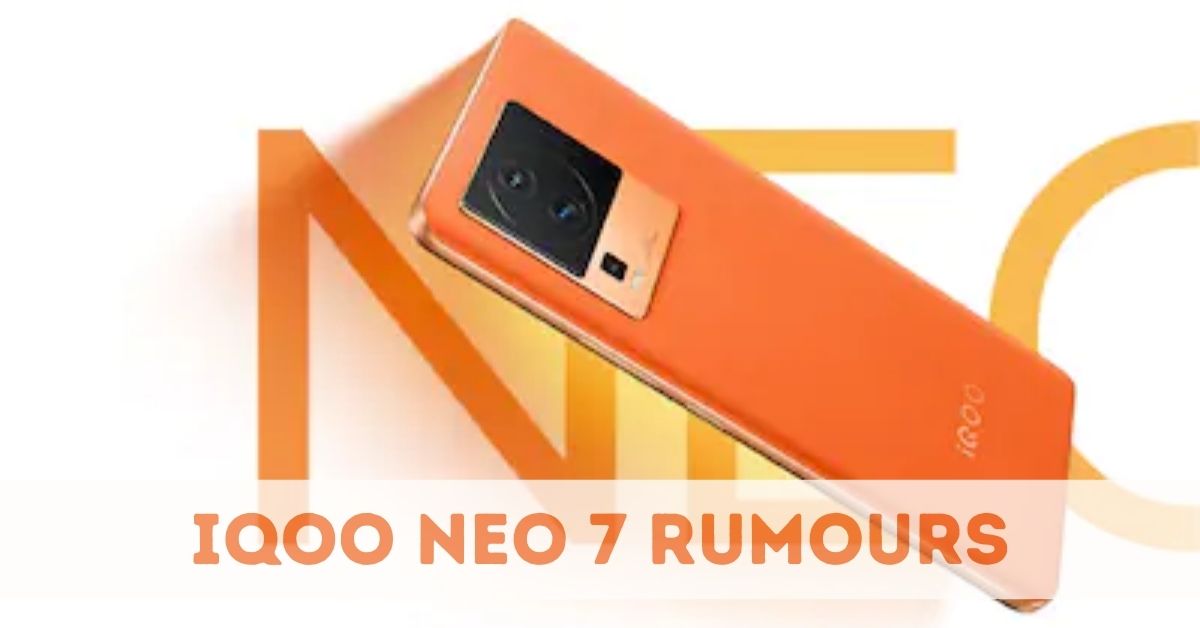 IQOO Neo 7 Rumours: iQOO has just released the iQOO Neo 7, and it has the Dimensity 9000+ chipset. Both the iQOO Neo 7s and the iQOO Neo 7 SE, supposedly the next two phones in the series from the company, have been the subject of widespread rumours that they will soon be released.

It is anticipated that the 7s will use the Snapdragon 8 Plus Gen 1 processor. According to recent rumours, a new chipset will be included in the Neo 7 SE. A poster advertising the product was discovered on Weibo.

Its similarities to the Neo 7 SE are evident in its design. According to a photo that surfaced online this week, the iQOO Neo 7 SE’s screen will feature a centrally located punch-hole. An OLED display with a fingerprint reader embedded in its glass underside is in the works.

According to the newly surfaced poster, the Neo 7 SE will most likely use the same back camera module as the Neo 7. As can be seen, the gadget is offered in a variety of colours, including orange, light blue, and black.

In the above advertisement, we can see that the iQOO Neo 7 SE will feature an E5 AMOLED screen. It’ll be powered by the forthcoming Dimensity 8200 processor. Battery capacity is listed at 5,000 mAh, and 120W charging will be supported.

This craft’s main lens will be able to use optical image stabilisation (OIS). Digital Chat Station, a trustworthy tipster, recently made a post on Weibo speculating that the device lacks the Sony IMX766 primary camera seen in the Neo 7.

Since the iQOO Neo 7 SE has received approval from 3C and TENAA, its release date is likely to be announced soon. According to a new report from trusted source Digital Chat Station, the Neo 7 SE could debut before the Neo 7s. The release of the SE version is scheduled for the middle of December.

Please keep visiting Techballad.com for updates. Keep our site bookmarked so you can easily return to check for new content Like Honor 80 Series Leaks