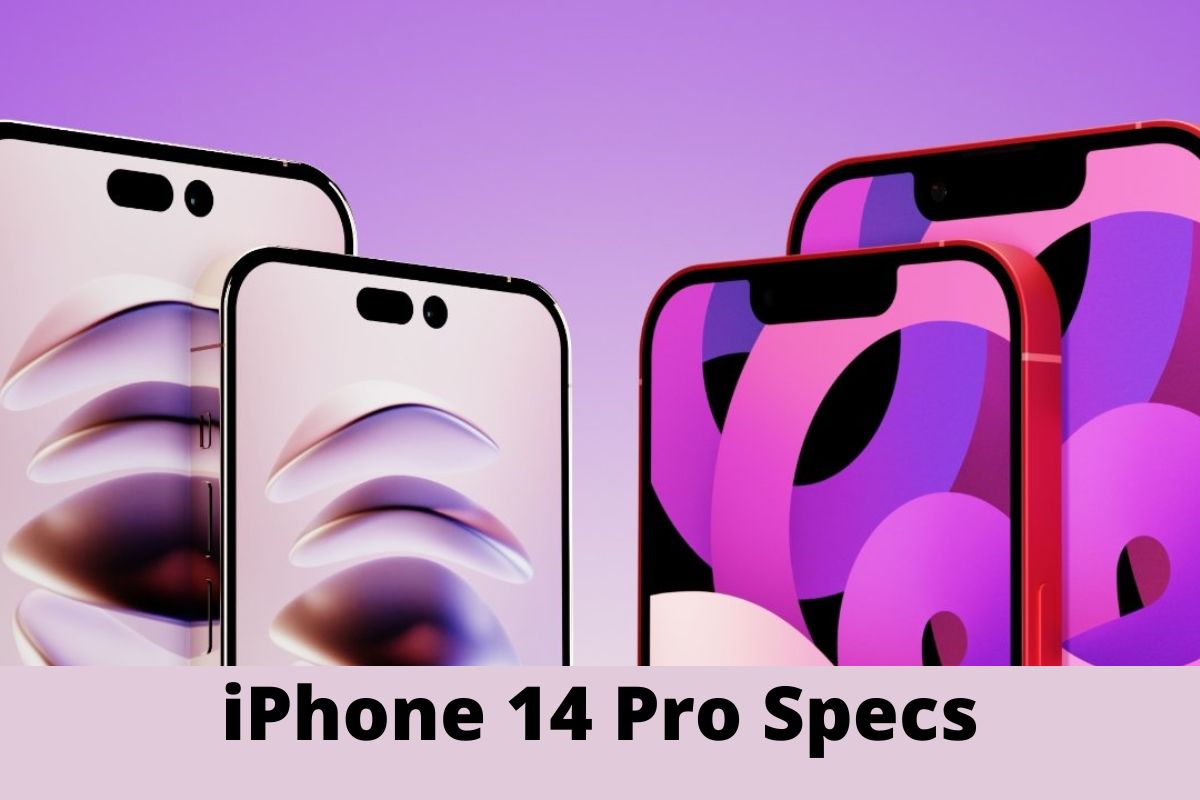 According to rumors, Apple’s iPhone 14 will feature a design that is analogous to the iPhone 13 series, and the Pro versions are the only ones that will supposedly get a significant redesign. Therefore, there is a possibility that you will not get to experience the punch-hole display design that the majority of Android phones have. On the front of the iPhone 14 and iPhone 14 Max models, a design with a broad notch is anticipated to be featured, and it’s possible that the twin camera configuration on the back will remain unchanged. It has been speculated that the Pro models will come with a display design that features punch holes. Similar to the iPhones released the year before, the back panels of the iPhone 14 are most likely going to be made of glass, while the frames will be made of aluminum.

According to rumors, the standard model will come equipped with an OLED display of 6.1 inches. It is anticipated that this model will have a screen with a refresh rate of 90Hz, as opposed to the 60Hz display of the iPhone 13. It is thought that the sides of the iPhone 14 will be flat, just like the majority of other iPhones now available. It is anticipated that the gadget would have the capability to handle increased peak brightness, which will result in an improved viewing experience when used outside. The 6.7-inch display on the iPhone 14 Pro variants may have capabilities for a refresh rate of 120Hz. It is reported that the Pro models will also come with LTPO technology, which means that the gadget will automatically adapt the refresh rate between 1Hz and 120Hz, depending on the content.

It is possible that Apple may equip its iPhone 14 smartphone with the same Bionic A15 chipset that it used in its iPhone 13 smartphone. This chipset was released in 2017. It has been rumored that Apple may provide quicker LPDDR5 RAM, and the cheapest model may come with 6GB RAM. This ought to assist in providing marginally improved performance. It’s expected that Apple will use the brand-new A16 chip in the iPhone 14 Pro variants.

There is no room for doubt that Apple will ship the iPhone 14 series with the most recent version of iOS 16, the operating system. However, users of older iPhones do not need to be concerned because Apple typically makes the most recent version of iOS available for most iPhones. Even though there is no information available about the battery unit, we anticipate that the new models will have a somewhat longer battery life than the ones that are now available.

Even in this regard, it is not anticipated that Apple will make significant modifications to the more affordable models of the iPhone 14. There is a possibility that ordinary models will have a dual camera system on the rear of the device. One of them is supposed to have the same primary camera with a resolution of 12 megapixels, but this one might have a new camera with an extremely wide-angle lens.

It is anticipated that only the “Pro” models will have the option of purchasing a zoom lens that is dedicated solely to the camera. This means that the “ordinary” models will not have this feature. The ultra-wide camera from the iPhone 13 Pro model might be used in the normal version as well. This camera also has the ability to support auto-focusing and macro capabilities. There have been rumors that the iPhone 14 Pro models will feature a triple back camera arrangement with a combined resolution of 48 megapixels. This would represent a significant advance.

September is likely to be the month in which Apple will make an announcement regarding the cost of the iPhone 14 series. Some industry experts believe that the price of the iPhone 14 series will be significantly more than that of the iPhone 13 series; however, other rumors predict that Apple may choose to keep the costs of the new iPhones the same as they have been in the past. At the moment, the iPhone 13 may be purchased for a beginning price of Rs 79,990. Despite this, there is a possibility that you will be able to get the equipment at costs that are considerably more affordable if you use various platforms for banking and trading.

This is all about iPhone 14 Pro Specs, for more informative content visit techballad.com