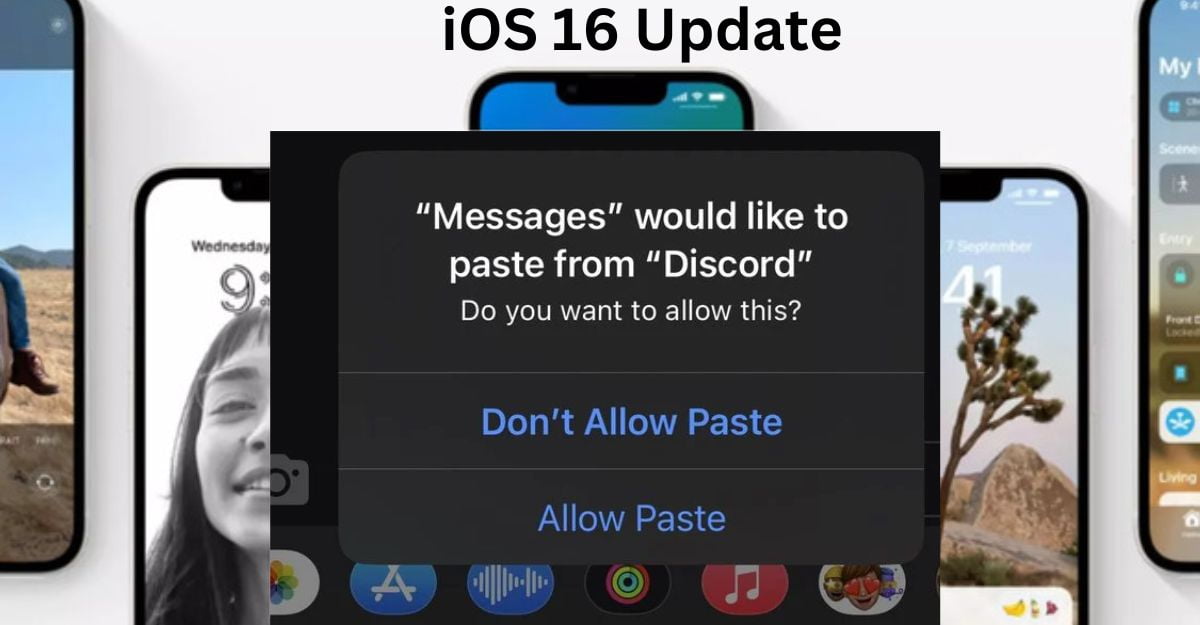 Soon after Apple launched its new system update, iOS 16, some users globally noticed a fault with the ‘copy and paste prompt.’ This update went live on September 12th, just a few days after Apple introduced the new iPhone 14 series at their “Far Out” event. After the release of iOS 16, some customers have reported strange behavior from their Apple smartphones, including the constant presentation of a notification alert and request for permission to paste copied material from the clipboard. The question “Do you wish to accept this?” appears every time the user tries to paste anything from the clipboard.

Many iPhone users felt this to be an unpleasant request, as the operating system shouldn’t have to be prompted for permission to paste when the user has already selected that action. The permission prompt should appear whenever a program attempts to read the clipboard without user intervention. The copy-paste function becomes a bothersome process due to the ‘allow pasting’ problem. Apple’s senior manager, Ron Huang, responded to a complaint made by MacRumors reader Kieran shortly after thousands of iPhone owners worldwide began reporting the fault.

In his response, Huang acknowledged that the strange behavior described after the iOS 16 update is a defect and that the prompt shouldn’t show when a user tries to paste any material on the device.

The Cupertino-based software firm is now testing the beta version of iOS 16.1. The latest version of iOS, version 16, has a plethora of additional customization options designed to streamline the user experience of communicating with others. As a result of the new update, users can make their Lock Screens unique by displaying unique content, such as photographs and customized text. And with iOS 16, you can customize your home screen to include only the apps and information you find most useful.