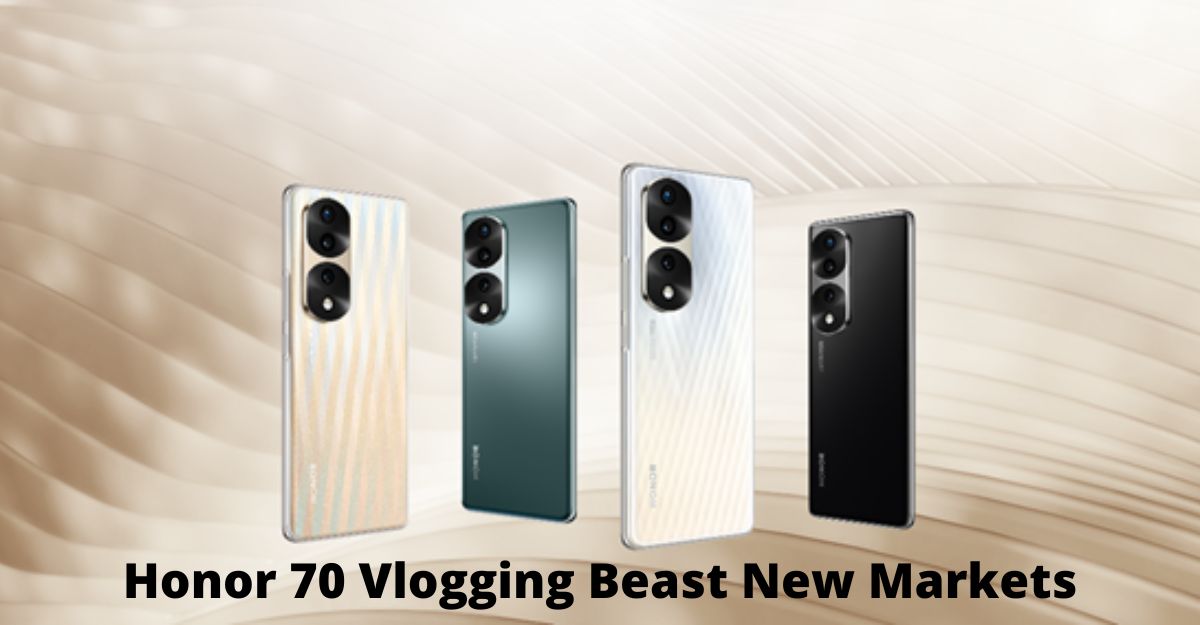 As part of its premium N Series of smartphones, HONOR has now announced the imminent release of the HONOR 70. The new lineup, highlighted by its innovative triple-camera system and symmetrical curved design, features advancements in camera, design, Performance, and functionality and provides users with a robust and luxurious experience.

Solo Cut Vlog Mode, a first in the industry, allows users to film two high-definition films simultaneously. One is a portrait vlog that follows a single subject within a more extensive group video.

They have a 54MP SONY IMX800 Main Camera; the HONOR 70 is the first smartphone to include Sony’s flagship 1/1.49-inch SONY IMX800 camera sensor, which allows for better low-light and nighttime photography. The 50MP Ultra-Wide camera on the HONOR 70 may also be used as a Macro Camera.

In the first of its kind, Solo Cut Vlog Mode utilizes Person Autofocus Tracking Technology to let aspiring filmmakers make portrait vlogs. At the touch of a button, users can shift the video’s attention to a new subject.

This innovative function makes it possible to highlight a single individual in a group video using cutting-edge Person Re-Identification and Person Temporal Tracking Technology. This feature allows the camera to refocus automatically on the subject after it has returned to the frame, taking creative vlogging to a new level.

The HONOR 70 features a single-cell, dual-loop battery designed in-house to maximize slimness while minimizing power loss. Using the bundled charger, users of the HONOR 70 can quickly charge the phone to 60% from 3% in just 20 minutes, thanks to the 66W HONOR Wired SuperCharge technology.

Aesthetic Design Inspired by Symmetrical Geometry and the Craftsmanship of Jewelry

The HONOR 70 maintains the rounded Dual-Ring form of the N Series and adds an axisymmetric camera configuration reminiscent of fine jewelry. The HONOR 70 is an ultra-slim smartphone that weighs only 178g and is 7.91mm thick, making it ideal for carrying in a purse or pocket.

The HONOR 70 comes in a wide variety of gorgeous colors, such as Midnight Black, Crystal Silver, a magnificent Emerald Green, and Icelandic Frost, to appeal to a wide range of fashion-forward consumers.