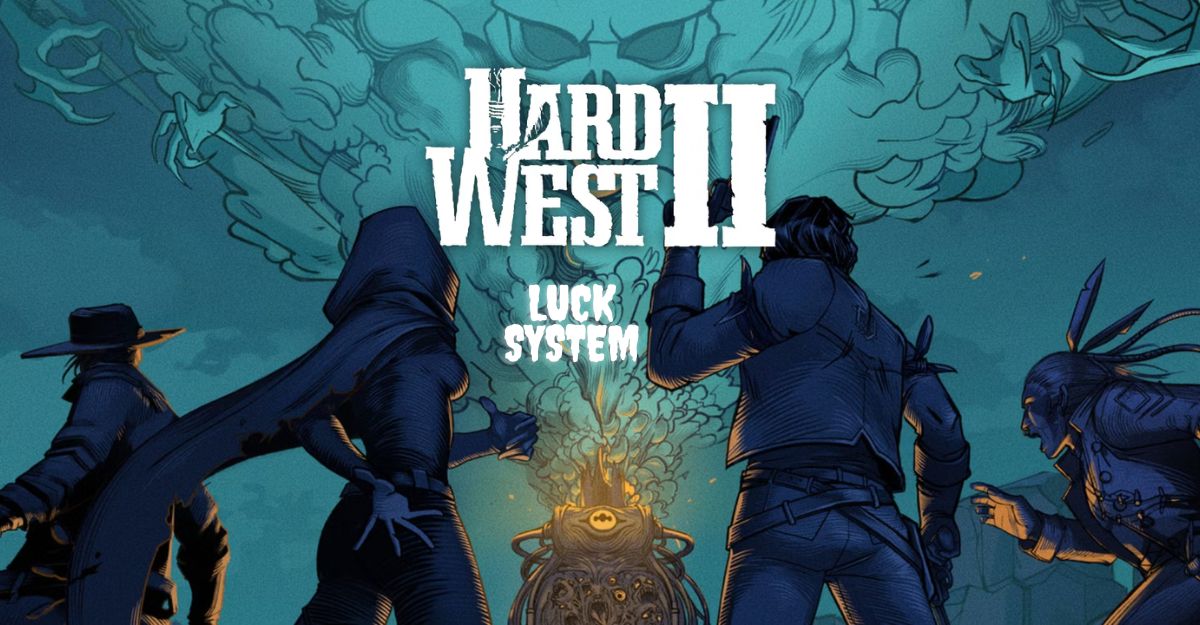 Please read our guide to the Hard West Luck System to learn how to make the most of your good fortune, despite overwhelming odds. Avoid heartbreak with the help of the Hard West 2 Luck System. It’s the follow-up to Ice Code Games’ 2015 video game Hard West, also set in the Wild West. Though the game’s publisher has changed, Good Shepherd Entertainment is still behind both parts of Hard West.

Also, we’ve put together a helpful resource detailing the whereabouts and loot drops of the Copper Vultures Gang in Hard West 2. In addition, we have compiled a guide on the Hard West 2 character Fynn, detailing his abilities, strategies, and more. Also, check out the Old Man Hard West 2’s top moves.

Wild West and magical elements come together in Hard West 2, as one could expect. The game’s plot, which centers on a moving train of spirits, also features several unexpected turns. In Hard West 2, it is a master con artist by the name of Gin Carter who discovers the ghost train first. Therefore, he must be the leader of a band of outlaws to pursue and apprehend the demon known as Mammon.

The Kastral Colt, the gang’s top gunman, has been possessed by this demon. Further, every cliche in the book has been used in Hard West 2. Using crafty storytelling, Hard West 2 successfully sells its story. The campaign’s standout feature is the stunning artwork that appears throughout it. Detailing the game’s colors and characters keeps players glued to their screens. Read on to learn how to use lady luck to your advantage and rise to the top of the leaderboards in Hard West 2.

What Is Luck System In Hard West 2?

According to Hard West 2’s Luck System, these are the best three attributes for a player character. Using the Hard West 2 Luck System, your attack probability against the enemy will be increased. You can get the most out of your lucky streak by activating it more often, thanks to the increased likelihood of a hit.

Being adaptable boosts your luck, allowing you to accomplish more. The greatest cards and strategies for The Laughing Deer in Hard West 2 have been included in a second strategy guide.

How To Activate Your Luck System?

Use the quick button on the left side of the movement bar to activate your luck skill. If you’re not ready to try your luck, click the button twice.

How To Obtain Luck Points?

To make use of luck in your best interest, collect factors of uncertainty in Hard West 2. In addition, depending on the nature of the problem, your colleagues can employ luck in each of your wars. In the Hard West Luck System setting dubbed Straightforward, your character will start with 125 luck.

Secondly, there is a mode called Laborious Mode, in which your character is given 245 luck. On the Nightmare Issue, though, you will have no such success. It is possible that some combatants will be hurt or killed as a result of enemy fire at any point throughout the conflict. In-game good fortune can be gained via this.

A second scenario where you could have to rely on chance is if the depictions of your character are off. Hard West 2 is perfect for you if you’re the type of gamer who enjoys heists and strange, enigmatic robberies.

So, heavily armed witch hunters set out to recover their property from the demon. When beginning a mission, you can select from various tribes, each with weaponry at its disposal, from guns and pistols to whacking things.

In addition to grenades, your posse can use playing cards, bandages, tins, and beans. While in town, you can engage in various missions and speak with law enforcement officers, but if you’re hoping to avoid using auto heal, you’ll need to be.

The Hard West Luck System is crucial to your success in battle. In addition to rescuing and protecting your gang members, you can arm yourself and pursue the train. Get your luck rolling in Hard West 2 with the help of our guide.