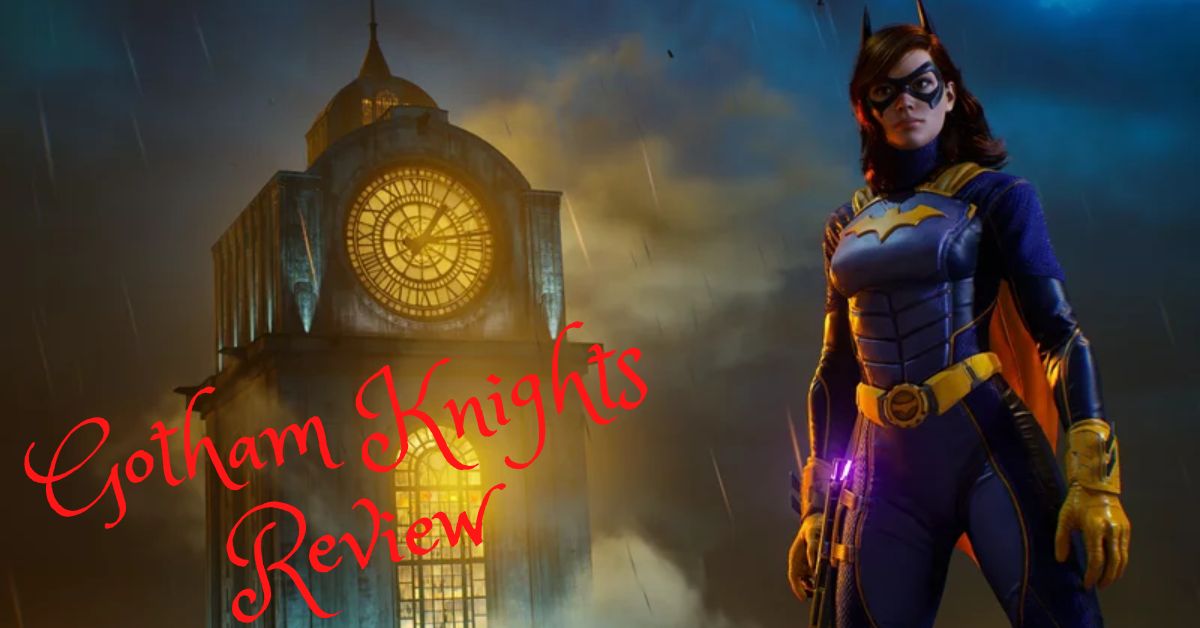 As far as we know, Batman has passed away. With only four heroes remaining, Gotham has to fend off an army of foes. Though it builds on the success of Rocksteady’s Arkham series of games, Gotham Knights ultimately fall short of the high expectations set by its predecessors.

The Death Of A Family Member

Many times in DC Comics, Batman has been pronounced dead. To my knowledge, however, no Batman video game has ever been so daring as to eliminate the hero within the first few minutes of play. As they stand over the charred remains of the Batcave, Robin, Nightwing, Red Hood, and Batgirl are faced with a puzzle that involves both old foes and the Court of Owls, a shadowy organization of wealthy and powerful individuals who have been plotting for ages.

A linear plot is established, then a wide variety of subplots are introduced. Every morning, your Knights report to the Belfry, a massive skyscraper in the heart of Gotham, to check the detective board. When you’re finally ready to go out on patrol, nighttime has fallen.

How enjoyable do you find Gotham to be in Gotham Knights? No, the city is not short on entertainment options. Some plots have a deeper significance than others; for instance, ones involving villains like Harley Quinn show how the city of Gotham has dealt with Batman’s death. However, there are far too many unnecessary activities, such as bike races and collectibles, in the game.

And this is nothing out of the ordinary. Gotham in this style has been seen before, in Rocksteady’s Arkham City and its sequel, Arkham Knight. Consequently, Gotham Knights try to differentiate itself by including not just a larger world but also a larger cast, allowing you to choose between four different protagonists.

The Gotham Knights, at least, are well-known because of their catchy name. The logos and uniforms of Robin, Nightwing, Red Hood, and Batgirl are all distinctive. They take various approaches to saving the world. It’s worth noting that Robin is more of a sneak than a fighter, that Red Hood can get down and dirty, and that Batgirl is a computer whiz. And as they gain levels and new equipment, you may fine-tune their performance even more.

The conventional yet reliable method for open-world games is to provide each player character with three skill trees, with a fourth being unlocked upon reaching a certain level. The interesting growth mechanism is unfortunately overshadowed by the vast arsenal of armor and weapons for which you will eventually collect the blueprints. In reality, I only prioritized the items that would have the greatest impact on my present skill set. It’s similar to Destiny 2, but a lot less exciting.

In Gotham Knights, a simple dodge takes the role of the parry concept of previous games, and if timed well, can set up a devastating assault. However, I usually just resorted to spamming each character’s special ability and pounding the buttons. To perform special attacks in the game requires patience and precision timing, but I found it difficult to keep up with the beat.

Hey I played Gotham Knights from start to finish on Xbox and unfortunately combat is a mess, performant is abysmal, and the story is forgettable. I would not recommend it. https://t.co/Kf2kCwJ0CM

The enemies’ repetitive actions don’t help. Even the comics’ most formidable adversary, the Talons, can be vanquished using a simple two-step process that is laid out right away. When facing off against an enemy, you’ll quickly see that despite their attempts at individuality, they all follow very predictable patterns. Combat lacks the punch and grace that made it stand out in the Arkham games, even with some gorgeous special combos.

The Kids Aren’t Quite Alright

There’s little doubt that Gotham Knights intends to present a fresh crop of heroes to the world. There may be some overused cliches, but their individuality shines through in the details. In an early operation, Nightwing makes fun of Red Hood for supposedly reading from Wikipedia during the debrief, demonstrating that the four don’t take each other too seriously.

I think this is my favorite Gotham Knights review pic.twitter.com/onOmVI5r84

Every in-game email from a character has to have a pun attached to it. In their underground headquarters, they’ve hung a rainbow pride flag. The sum of these parts is a charming look at contemporary Gotham.

While the new tone is welcome, it is stifled by old norms. The Knights may be critical of the Gotham police, but they never conduct reasonable interrogations of police officers.

What’s more, the Knights are haunted by their dead leader’s Bat-shaped shadow. Batman may be gone, but it hasn’t stopped anyone from talking about him. And just as the new kids’ individual stories seemed to be getting going, the overarching plot was wrapped up.

You could say that this Bat Family had some very large shoes to fill. Neither Batman nor the Gotham Knights had enough faith in them to allow them a chance to forge their own path and leave a lasting legacy. This game has so much potential, but it never quite comes together.