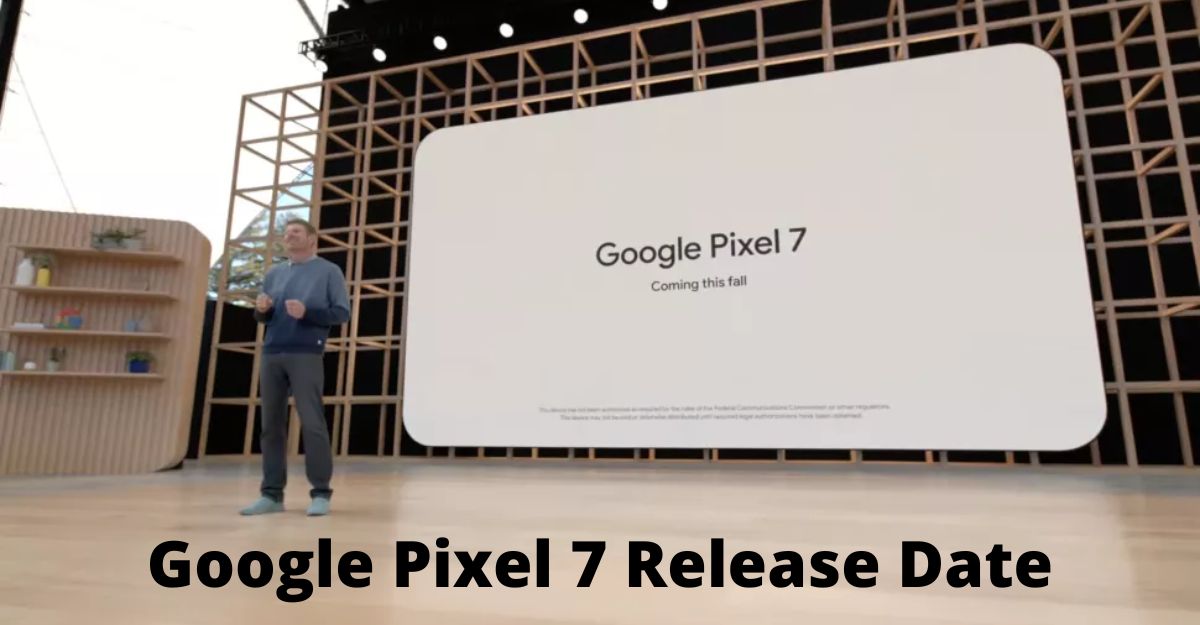 The upcoming Pixel 7 and Pixel 7 Pro were officially announced by Google on May 11 at the first keynote of its 2022 I/O developer conference. However, while stating that both are “coming this autumn” and showcasing a few official pictures, we still don’t know much more about what this pair is going to have to offer.

Google has decided to release its primary Pixel devices in October, with the less expensive Pixel 4a and Pixel 5a 5G models following in August. This release schedule has been in place for the past few generations. There was also the Pixel 4a 5G, a somewhat unique device that debuted in November 2020.

Accordingly, if Google continues on this path, the new Pixel 7 smartphones will launch in October 2022 along with the new Android 13 operating system. The 7 and 7 Pro will debut alongside the Pixel Watch, a few months after the incoming Pixel 6a, as a leaker, Jon Prosser stated in his identical prediction.

How Much Will The Google Pixel 7 Cost?

Here is how the most recent generations have been priced so you can get an estimate of how much money you’ll need to put aside for the newest Google products when they become available.

As you can see, the cost of the basic Pixel appears to have stabilized around the £599/$599 mark, but the price of the Pro tier, which was introduced in 2021, is slightly higher. Going ahead, we would anticipate Google to maintain this pricing, however, the global chip shortages and elevated production costs brought on by Covid may cause them to increase when the Pixel 7 and Pixel 7 Pro are made available. Let’s hope not.

What Are The Pixel 7 Specs And Features?

The next generation of Pixel phones is on the horizon. Here’s a first look at the Pixel 7 and Pixel 7 Pro — equipped with a new generation of Google Tensor and a sleek design. Coming this fall. #GoogleIO pic.twitter.com/WMysJv1lZP

It goes without saying that since the Pixel 6 and Pixel 6 Pro was just released, there isn’t much information on what to expect from their successors. However, information is slowly starting to leak out, some of it officially from Google.

Google unveiled an altogether new design language for its smartphones with the Pixel 6 and Pixel 6 Pro. The Pixel 5’s plastic body and more bland design were replaced with a premium build and a striking design that featured a raised strip on the back that served as a housing for the cameras.

The firm unexpectedly released a few Pixel 7 photographs at I/O 2022, and it is clear from them that the Pixel 7 range is not an attempt to reinvent the wheel. The majority of manufacturers, with Apple’s iPhones serving as the most glaring example, like to maintain a consistent style over several generations.

Unsurprisingly, both phones have a similar design, albeit with a slightly modified camera module that now wraps directly into the phone’s frame and highlights the individual sensors in a more noticeable way. The basic Pixel 7 will be slightly smaller in every dimension than the bulky Pixel 6, according to a report from CarHP, measuring 155.6 x 73.1 x 8.7mm.

Its approximate measurements of 163 x 76.6 x 8.7mm, as reported by OnLeaks with assistance from SmartPrix, put the 7 Pro in a size-wise close second to the 6 Pro, while being just a hair thinner. A number of production prototypes have appeared on eBay and Facebook Marketplace, giving us more opportunities to examine the two phones.

A few Reddit users have described finding or even purchasing the prototype phones. Since then, the majority of the phones have ceased working, most likely because Google has identified them and remotely turned them off. None of the posts add much to what we already know about the phones, but they do give you a different perspective and a less polished version of the devices than the flawless marketing materials.

The current Pixel 6 and Pixel 6 Pro have 6.4-inch AMOLED and 6.71-inch LTPO AMOLED panels, respectively. Both models support HDR10+, although the Pro model has a greater resolution and a refresh rate of 120 Hz than its more affordable siblings. According to OnLeaks’ rumor, the screen size of the 7 could decrease all the way to 6.2 inches, while the 7 Pro will either maintain its current size or slightly increase it to 6.8 inches. Not a lot more display modifications are anticipated.

Ross Young, a specialist in the display sector, reports a similar development: the Pro will maintain its 6.7-inch display size while the 7’s screen will shrink to 6.3 inches. He also says that at least the Pro will once more feature 120Hz LTPO AMOLED technology, but he doesn’t say whether or not that would eventually filter down to the standard 7. Though it appears unlikely to. 9to5 The display drivers for the new Pixel devices were discovered by Google after digging through some Android Open Source Project code.

Later sources indicate that the 7 Pro might receive a marginally larger boost than that. Code analysis reveals the option to increase maximum brightness, but only by 200 more nits in high brightness mode than the 6 Pro could support. It’s hardly a game-changer, but it is a small improvement that will matter for use outside.

Google is reportedly developing concepts for an in-display selfie camera. At least two patent applications have already been submitted by the corporation, the most recent of which is included here. It was found by Lets Go Digital and exhibits a lot of the same technology that we’ve seen in other cameras like the ZTE Axon 30 5G and Samsung Galaxy Z Fold 3.

We don’t anticipate Google to deploy this technology in the Pixel 7 series; instead, the rumored Pixel Fold or next smartphones like the Pixel 8 and beyond are more likely to use it.

The usage of Google’s own Tensor processors in the Pixel 6 and Pixel 6 Pro was one of the primary talking points. Google has taken the significant step of controlling the design and production of the CPUs fitted to its smartphones, much like Apple and Samsung, which utilize their A-series and Exynos chips in their flagships (although Samsung still uses Qualcomm Snapdragon chips in some countries).

Samsung produced the first Tensor and is reportedly already prepared to mass-produce the second Tensor utilizing a 4nm technology. However, it’s possible that we won’t see a significant improvement in performance, at least not from the CPU. The Google News Telegram channel was able to deduce one important fact from the bootlegs of a Pixel 7 Pro prototype that had malfunctioned: the CPU has Cortex-A55 cores.

Both the initially leaked and later confirmed renders support a claim made by Mishaal Rahman on the XDA Developers website that the Pixel 7 will continue to have just two back cameras. A 2022 Pixel phone will most certainly have an ultra-wide camera, similar to the Pixel 6 and 6 Pro, according to code he examined for the Google Camera app soon before the release of the Pixel 6 devices, but it makes no mention of a telephoto camera.

With the telephoto lens only available in the Pro variant, this is the same as the Pixel 6, but in 2022, it seems a touch underwhelming in comparison to many prospective rivals.

This is all about the google pixel 7 release date, for more informative content visit techballad.com