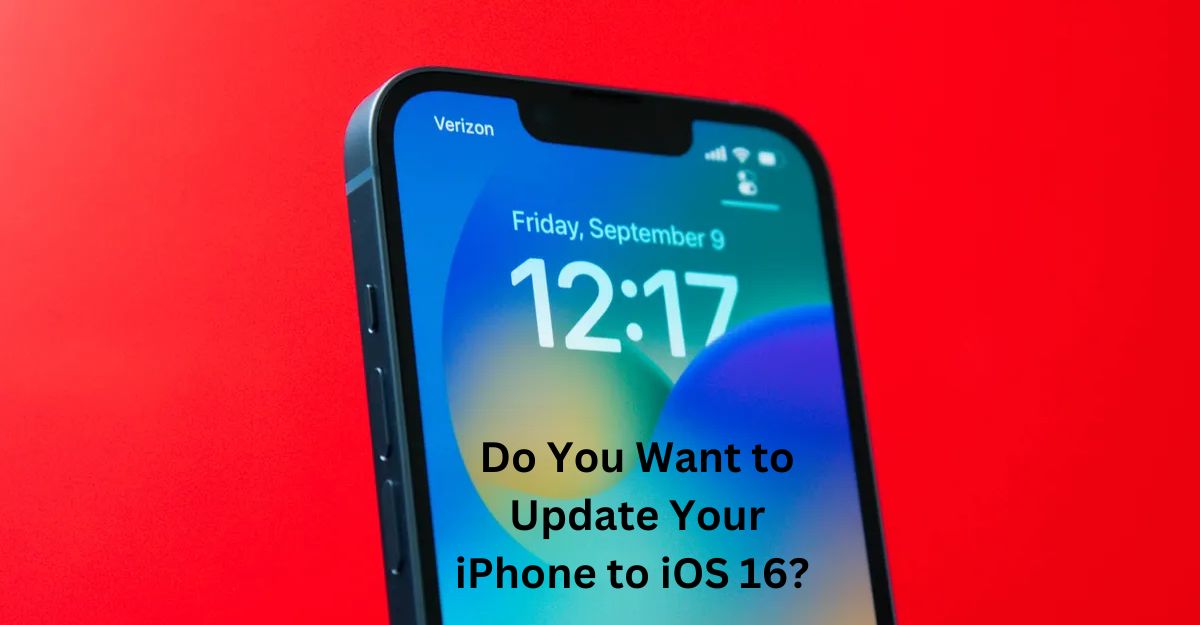 The newest version of iOS for the iPhone should be avoided for the time being. Please allow us to elaborate.

When Apple adds new features to a new version of iOS, users are excited to update their iPhones. iOS 16 is no exception. New and improved features include the option to Unsend and edit text messages, a more secure and private browsing experience, and widgets for personalizing the lock screen.

And that should be sufficient to convince you to update to Apple’s newest iPhone operating system, but there are always one or two reasons to stop the update for the time being. Here are some reasons why you might want to hold off on updating to iOS 16 right now.

The Battery In Your iPhone May Drain Faster Than Usual.

Some users experience power drain shortly after installing a big software update, such as iOS 16, however, the cause of this phenomenon remains unknown. You should probably wait before installing iOS 16 if your battery health is already low (Settings > Battery > Battery Health). Here are a few potential causes of your iPhone’s battery depletion in iOS 16:

As an added complication, there is always the possibility that some hidden software flaw is eating away at your battery life. There may be some initial battery drain after installing iOS 16, however, this usually goes away within a few days. 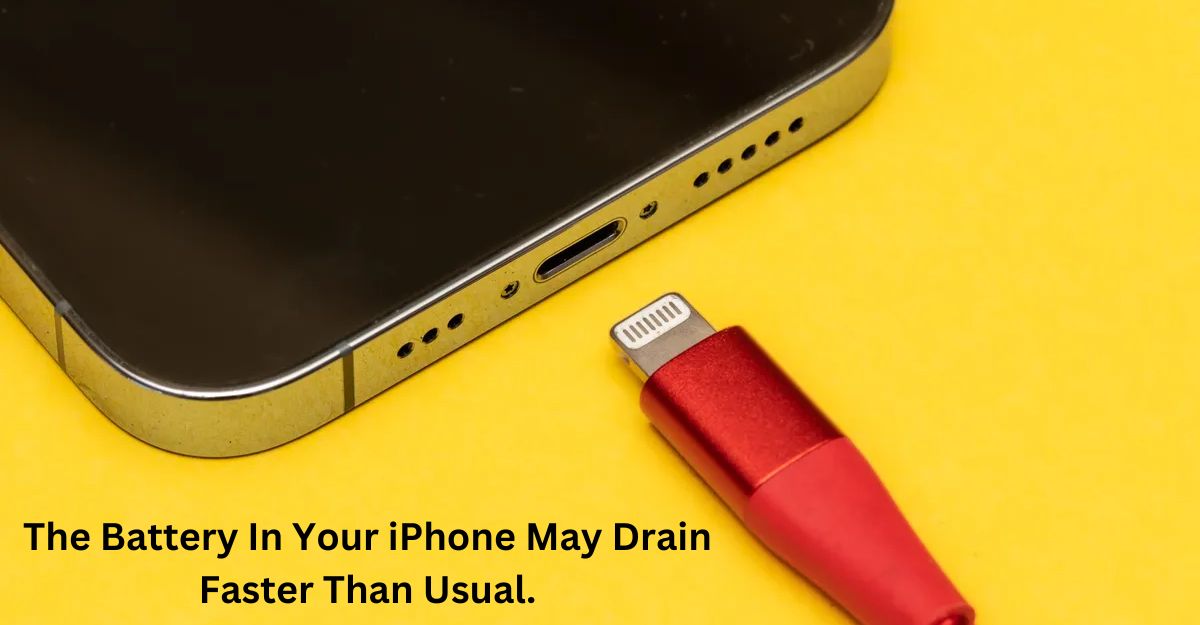 You may encounter bugs that create problems with your iPhone.

It’s inevitable that certain defects may remain after updating software, no matter how thorough the process is. This is why Apple occasionally offers a “point update” quickly after a big upgrade to address issues such as:

Even though the iPhone 14 and 14 Pro have not yet been officially announced, an update to iOS 16.0.1 has reportedly been released to address activation and photography-related difficulties. You might want to hold off until the next several iOS 16 upgrades have fixed the majority of the big faults.

You Can Stop Others From Unsending Text Messages

The ability to retract and revise sent texts is one of the most significant additions to iOS 16. If you’re not a fan of unsent and altered messages, you have two minutes to recall a message before it’s sent and 15 minutes to change a message after it’s sent, but if you’re using iOS 15, the feature won’t work as planned.

If you’re using iOS 15, the sender of a text message from someone using iOS 16 can’t retrieve it. They will instead get a notice that reads “You have just unsent a message. Devices with outdated software may still display the notification.” As long as you’re running iOS 15, they won’t be able to take back any texts they’ve sent you.

Maintaining iOS 15 has a small but noticeable impact on the text editing functionality. It’s impossible to alter the message without sending a new one every time you make a change. 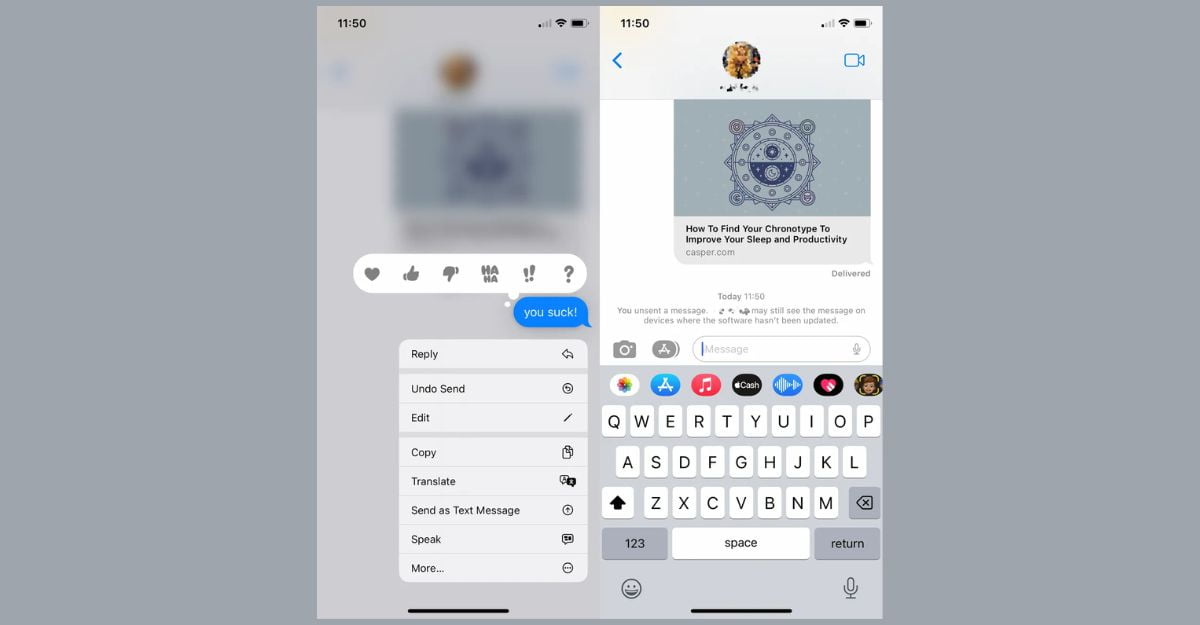 Not all iOS 16–running iPhones will have access to every update, including the battery % icon in the status bar and real-time subtitles for films and FaceTime chats. To make matters worse, not all of iOS 16’s new features will be made available to older iPhone devices like the iPhone X, iPhone 8, and iPhone XR. If you’re curious about the whole inventory of supported and unsupported hardware, click here.

Apple has released iOS 16.1 to developers, and it brings battery percentage support to the iPhone XR, iPhone 11, iPhone 12 Mini, and iPhone 13 Mini. You’ll have to wait for iOS 16.1 to become available to the public if that’s a feature you’re eager to try.

For The Most Part, You Should Probably Update To Ios 16

In spite of whatever apprehensions you may have, updating to iOS 16 is a good idea. Apple’s significant software updates may correct bugs and other flaws in prior versions, in addition to adding new functionality. In case you missed it, Apple has published iOS 15.7, which addresses a number of vulnerabilities without requiring you to upgrade to iOS 16. New privacy and security options that better secure your information are another perk of significant updates besides bug fixes. Major improvements in privacy and security are coming in iOS 16:

Not to mention the new accessibility features that can be of great use to people with physical impairments: