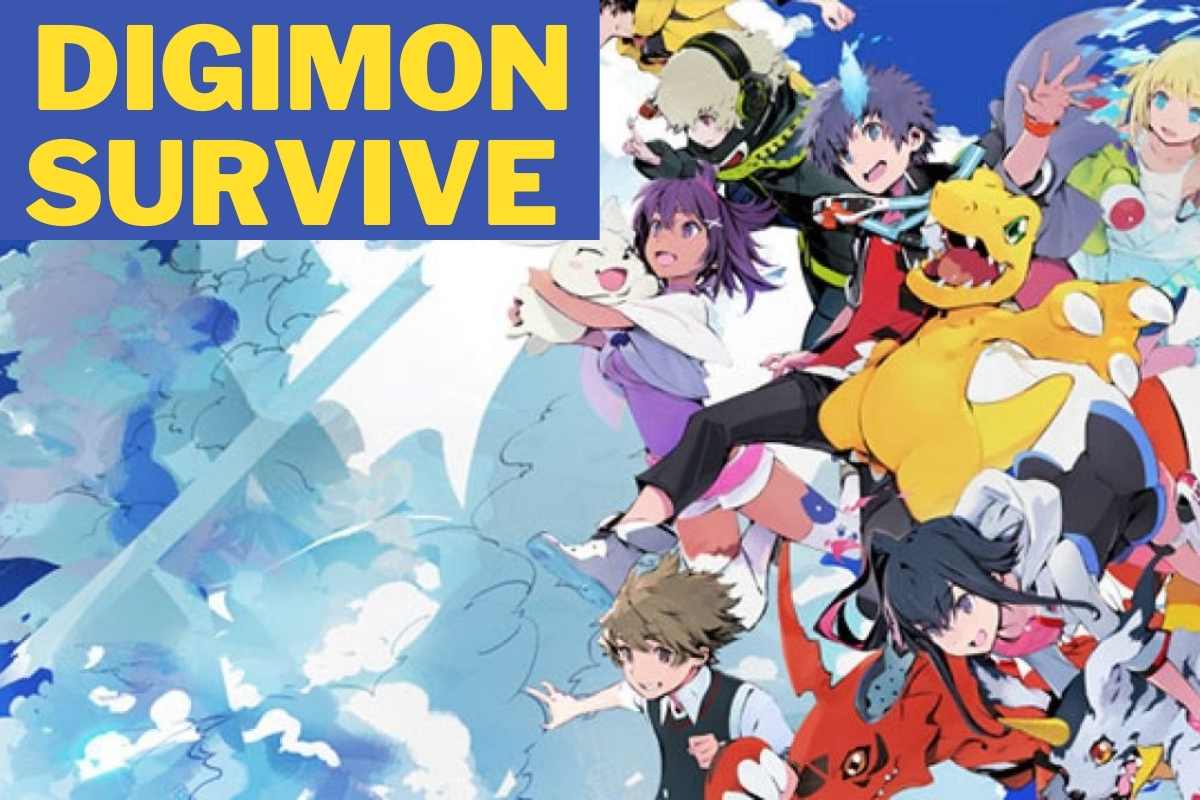 This turn-based strategy take on the monster-collecting franchise looks absolutely fantastic, which is why we’ve been so heartbroken to see it consistently get delayed, and its release date kicked further down the line. Digimon Survive was initially announced by Bandai Namco in 2018, and it was likely in development for many years before that. When exactly will Digimon Survive be available for purchase then? If you keep reading, you will find out the answer.

WHAT IS THE STORY BEHIND THE DIGIMON’S SURVIVAL?

Digimon Survive tells an original story that is not based on any anime or game, but it does cover some of the same ground in terms of the overarching themes. A few of the campers are engaged in a historical studies activity when they come across Koromon. The activity is taking place during the summer. As Koromon Digivolves, the others in the group discover that they have been transported to a different world shortly after the rest of the group is ambushed by a group of hostile Digimon.

The most notable distinction brought about by Digimon Survive is that it is said to be a “darker” version of the series than its predecessors, featuring a great deal of adult subject matter. Habu made a remark regarding this matter while he was attending Digimon Con 2022.

There are some dark expressions that are not common in conventional Digimon works, such as denying Digimon by refusing to face oneself or hurting Digimon as a manifestation of self-harm. This is because Digimon is described as being half of one’s inner self. It is possible that some of the descriptions will make you feel uncomfortable, so it is important that you are aware of this fact in advance. If you are a fan of TV anime or other works based on Digimon, please be aware of this.

Digimon Survive places a significant emphasis on the narrative, and the majority of the game’s content is delivered in the form of visual novel-style chapters that combine elements such as decision-making, exploration, and investigation. The video game will be broken up into different chapters, and there will be three distinct paths, or endings, that players can take, in addition to the game’s definitive conclusion.

According to Habu, players can expect to spend approximately 40 hours traversing each route, with nearly 100 hours required to experience everything the game has to offer. Bandai Namco has provided the following official description of the game:

“When Takuma Momozuka becomes disoriented during a school camping trip, he will be whisked away to a foreign and perilous world inhabited by beings known as Digimon. Along the way, he’ll come across a wide variety of traveling companions, including Digimon and humans alike! In this visual novel with turn-based combat, you’ll be able to accompany Takuma as he looks for a way to get back home.

A significant amount of focus is placed on the player’s decisions throughout the visual novel segments. These decisions can lead to a variety of branching storylines, the development of an affinity and karma with certain characters, the elimination of certain characters, and can even influence Digivolutions. In addition, there are battle sequences that are turn-based, allowing you to choose which Digimon to utilize, upgrade, and outfit with equipment in order to improve your performance. In addition, you can talk to allies during battle to grant them buffs, and if you choose your words carefully when speaking to enemies, you can convince them to join your side.

IS DIGIMON SURVIVE WILL BE AVAILABLE ON SWITCH?

Digimon Survive will unquestionably be available on Switch, so fans of Nintendo need not be concerned. There is currently no information regarding a mobile port, but it will also be available on all of the other major consoles.

We’ve made it official. Announced earlier today, #DigimonSurvive will be arriving on July 29, 2022!

Find out what adventure awaits you… Sign up for updates now: https://t.co/Ese9Vcg2T7 pic.twitter.com/M8kXtdICIm

Digimon Survive is scheduled to be released on July 29 across the globe, with the Japanese version arriving a day earlier. This means that players have a little under a month until they can get their hands on the game. Since the game was first announced, there have been multiple potential release periods for it. The initial release was originally scheduled for 2019, but it was pushed back to 2020, and then it was pushed back again to 2021 because of the COVID-19 pandemic. After this setback, the game’s developers went relatively silent on the subject, and it wasn’t until early 2022 that we learned the new release date.

Digimon Survive was revealed to the public for the first time in July of 2018, and its release was scheduled for the previous year before it was postponed. Survive will combine the worlds of turn-based strategy RPG games and visual novel games to deliver what appears to be a game that is more closely related to the anime than anything that has been released in the past. This will give the game a bit of a twist on previous Digimon game entries.

The game follows the story of the protagonist, Takua Momozuka, as he is unexpectedly transported to a world inhabited by Digimon, which leads to a crazy adventure filled with recognizable monsters.

Digimon Survive is scheduled to launch for the PlayStation 4, Xbox One, Nintendo Switch, and the personal computer, in case you were wondering which gaming systems it will be compatible with.

IS THERE A DIGIMON SURVIVE TRAILER?

Since the initial trailer for Digimon Survive was unveiled, there have been very few new video clips made available for viewing. In 2018, Bandai Namco released a few minutes of gameplay footage, and the following year, in 2019, the company revealed the game’s anime opening.

Most recently, Bandai Namco shared a trailer for the release date, which is located above and can be viewed here. This provides a high-level overview of the story, the dialogue system, and the battles in Digimon Survive.

That’s all we have about Digimon Survive, hope you like the information, share your thoughts in the comments section, and for more games and updates do visit Countycurrent.com