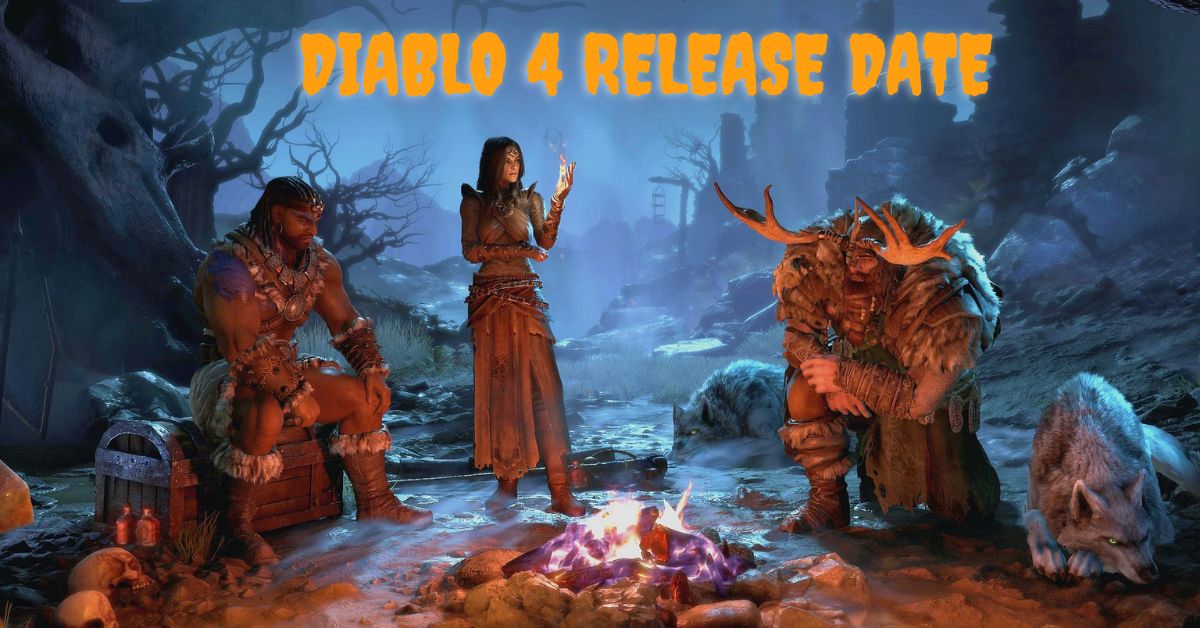 Everything you need to know about the upcoming role-playing game sequel Diablo 4, including when it might be released, the beta, the confirmed classes, and the new features.

Want an update on when people think Diablo 4 will come out? The next installment in the demon-slaying action role-playing game series was announced at BlizzCon 2019. These have shown us the many Diablo 4 classes available as we battle through the legions of creatures to the horned ruler of the underworld.

Druids that can change shape, Wizards who can cast spells, and Rogues who can do flips and somersaults are just a few of the available classes. Use your class’s specialized combat skills to evade and defeat the hordes of shambling zombies, skittering demons, and monstrous terrors that prowl these dreary hallways.

This sounds quite similar, but I doubt that will be enough to turn off the series’ regular viewers. Yet, despite a transparent development cycle, the Diablo 4 release date is still a mystery to eager fans. Help us crack open the latest Diablo game and explore its darkest depths together. Diablo 4 release date rumors, the game’s current story, and any new gameplay features or tidbits we may have discovered along the road will all be mined for information.

Diablo 4 won’t be out until the year 2023. Activision Blizzard’s CFO said in a quarterly call that “our outlook does not include Diablo 4 or Overwatch 2 launching in 2021,” The company later confirmed that the action role-playing game and the sequel to the famous shooter will both be postponed until 2022. Due to Blizzard’s persistent staffing challenges and the ripple effects of the COVID-19 pandemic, we anticipate that the release of Diablo 4 will occur in late 2023 or early 2024.

Mike Ybarra says the extra time will help increase the size of development teams ahead of launch, to ensure they follow with substantial content. pic.twitter.com/cSniOW4XYj

Despite the lack of a firm release window, we can anticipate the beta’s arrival thanks to the “Diablo Hell’s Ink” campaign. Attendees at the first of these events received a card in addition to the “free Diablo flash tattoo.” This card entitled them to a free copy of the final product and participation in a future beta. Whether or not these cards will be distributed as part of this promotion for the remainder of the tour is currently unknown. The Diablo 4 beta installation was also visible in the Battle.net launcher.

Getting a sneak peek at a new Diablo game before it was released wouldn’t be the first time. In June of 2022, the PC version of Diablo Immortal entered open beta, with the last open beta, Diablo 2: Resurrected, concluding in 2021. Since Diablo 4 is an open-world game, the developers will probably run several betas to iron out any multiplayer kinks. 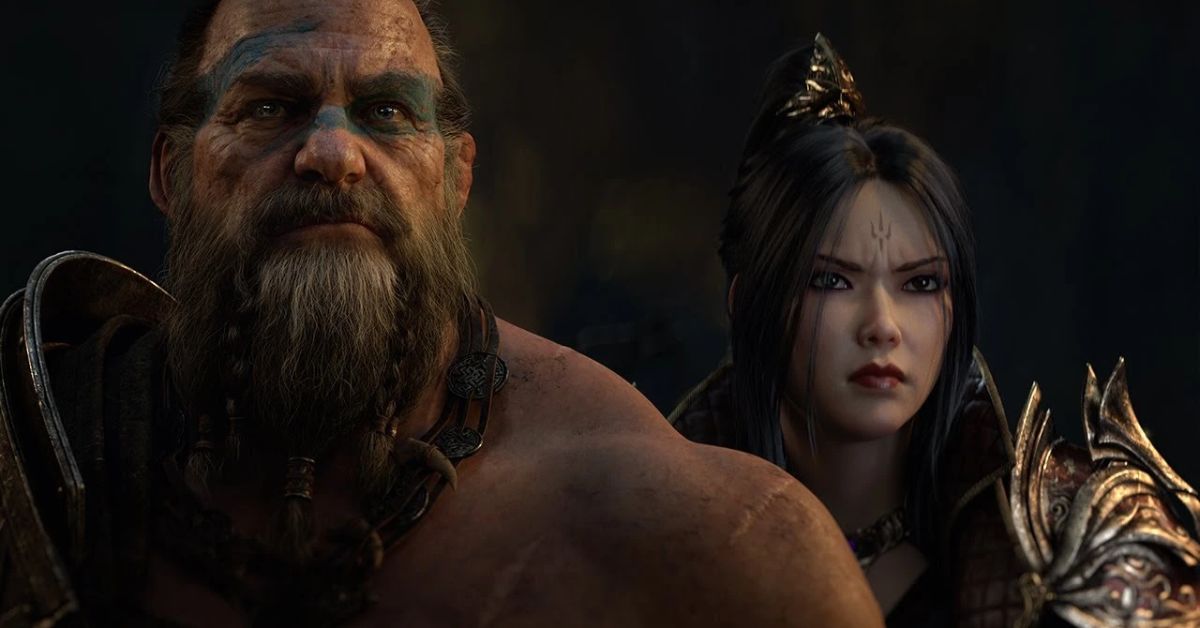 The inclusion of microtransactions for cosmetic items “based inside Diablo’s environment” was confirmed in a recent blog post by Activision Blizzard. There are countless possible combinations between these cosmetics and the “transmogs from armors obtained in-game” that players can use. Some of these cosmetics are only available to certain classes. In contrast, others may be found via Season Passes and are meant to honor the Season’s theme by giving all types a uniform appearance for that period.

In addition, Activision Blizzard has stated that the “best-looking things” would not be limited to the shop and that none of the cosmetic items for sale in the microtransaction store will affect the game in any meaningful way. The lifespan of the game will also be extended with regular expansions. However, there has been no official word on whether or not the auction house will make a comeback in Diablo 4.

As part of the first reveal, Blizzard also provided a cinematic trailer for Diablo 4, which depicted a group of bandits trying to rob a sacred tomb while being followed by monsters. A trio of the crooks makes it into the inner chambers, while the fourth stays behind. Very quickly, however, things deteriorate as the evil sorcerer uses the three victims’ blood to release Lilith, the “daughter of wrath,” upon the earth.

Can I Run Diablo 4: Verify your PC can handle Diablo 4 by checking the specs here. Am I Able to Use it? Weigh the pros and cons of different configurations for gaming computers. Needs of the System Over 8,500 games get tested for PC requirements in the lab every single month.

Please leave a remark below if you experience any difficulties running “Diablo 4”; we will respond as quickly as we can.

Diablo 4 is open-world; instead of having chapters, thus players will have to move around to different areas. In a surprising turn of events, Blizzard has confirmed that there would be no loading screens when returning to the overworld from a dungeon. Because of the great distances, mounted attacks against enemies are a viable option. It’s possible to get around quickly by leaping from ledge to ledge.

Because of the open world design, people from all over the world can jump in and play together or against each other at any moment. In addition, Activision Blizzard has announced that all platforms will be able to play together in Diablo 4. The massive open environment necessitates a plethora of missions and secret locations. Strongholds are enclaves in Diablo 4 that must be cleared of foes before they can be conquered.

If you return to that location later in the game, you may find a hospitable town populated by helpful NPCs, a dungeon waiting to be explored, or something else. Public events in Diablo 4 allow players to take part in the action on their own or with a group. In one of these situations, you’ll face a giant monster guarding a treasure box full to the brim with gold. The creatures in Diablo 4 have been organized into families, each with its own set of rules and its own set of rules for how to win.

Blizzard intends to make significant changes to Diablo 4’s customization options. For the first time in the main series, you can make your own instead of using pre-rendered avatars. You can also play with your skill slots to make the most of the game’s new angelic, demonic, and ancestral powers. In addition to being requirements for affixes, these additional statistics each have unique effects.

In Diablo 4, you can play as a Druid, Sorceress, Rogue, Barbarian, or Necromancer. More than one play style per class means more variety in Diablo 4’s builds. The Rogue, for instance, is well-suited to roles resembling the assassin and the ranged crossbow user.

After completing the final quest of the Diablo 4 campaign, there is still enough to do in the game since conventional dungeons are transformed into high-level content. In addition, Blizzard has stated that Diablo 4 will be receiving updates, expansions, and ladders for a considerable time. The Diablo series wouldn’t be complete without a robust loot system, and Diablo 4 doesn’t disappoint.

Multiplayer has been public knowledge ever since the game’s initial gameplay trailer. Diablo 4’s player-against-player mode allows players to either band together to conquer the world and loot its treasures or turn on each other in an all-out war. If your character is “overcome by Mephisto,” you will be teleported to The Plains of Hatred, locations spread around the globe.

While it’s up to you whether or not you show this “hate” to other player-controlled characters, if you do, you’ll earn shards that may be refined into challenge prizes for killing other players or local creatures. However, it would help if you were wary since rough travelers can steal your unpolished pieces.

The Diablo 4 skill tree is one system that is undergoing some changes. Although “players will not be able to obtain every Skill Tree node,” the developer team is “currently aiming for 3040% of the nodes filled in for endgame so that players can have very distinct and various ways they build up their character.”

To that end, how does Diablo 4’s skill tree work? To begin with, instead of being a generic representation of a tree like in other games, this one exists as a tree. Passive enhancements permeate the tree’s trunk, while active ones spread like branches. You have two types of spending points: skill points and passive points.

Different classes use different mechanisms. Currently, the sorceress’s enchantment system permits the assignment of active skills to the passive enchantment slots. For instance, a meteor spell carried as an enchantment causes meteors to rain down on adversaries at regular intervals without requiring the player to cast the spell actively.

Multiple class specializations for the freshly introduced rogue class are available upon completing individual quests. A rogue can choose from three fields, each adding unique effects to their ranged or melee attacks. Shadow Realm, for instance, makes a concealed area where the Rogue can eliminate enemies without ally interference.

It should be no surprise that Diablo 4, with the series focus on demonic enemies and a plethora of medieval Christian iconography, features a visual design heavily influenced by the Middle Ages and the Renaissance. Diablo 4 art director John Mueller said, “his paintings reminded me of ancient European masterpieces; the subject matter was so distinct and visceral, but the technique and the way that surfaces were treated truly did feel like the Old Masters paintings.” Frazetta was one of his inspirations.

Wraps up all the information we have so far on Diablo 4. We still have time to play through the previous games in the series as we wait for Diablo 4’s release date. Our Diablo 2 Resurrected beginner’s guide is here to help you get started with the game now that it’s out in the wild. Finally, read our explanatory piece if you are looking for the most recent details on the techballad.com lawsuit.