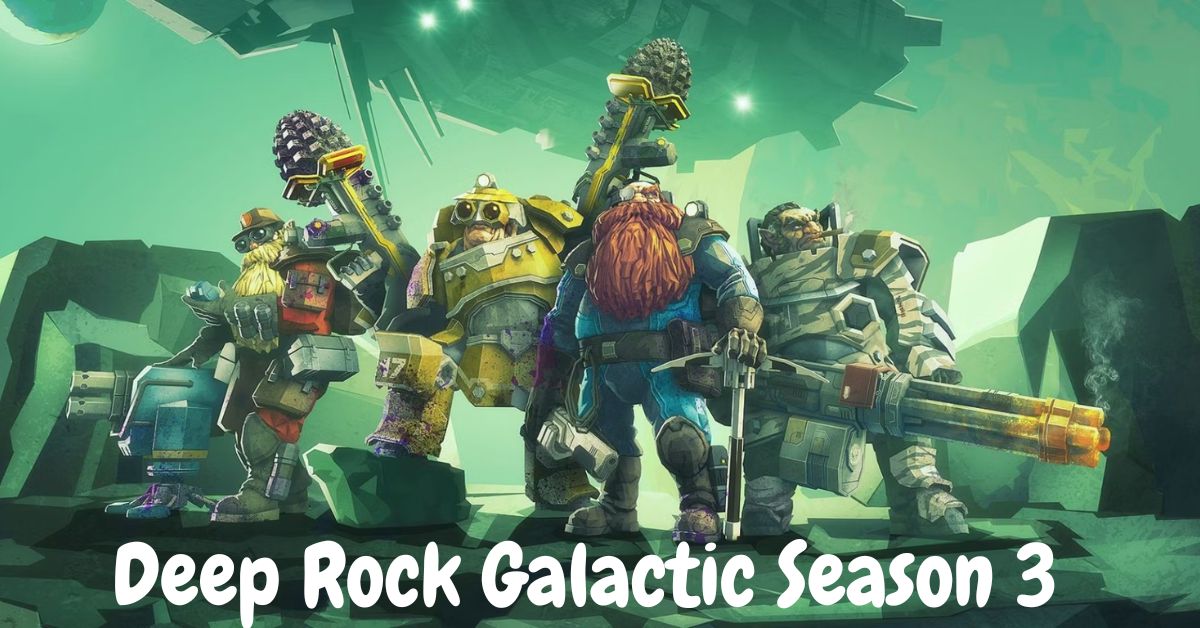 With the announcement of Season 3, Ghost Ship Games is continuing its legendary support for the immensely acclaimed space dwarves sim, Deep Rock Galactic. The name “Plaguefall” has been given to the latest content update, which may or may not be a reference to a virus released upon Hoxxes. They teased the new season’s title with a tweet and included some concept drawings.

There hasn’t been a lot of information about the upcoming season released so far. There will be new customization options for weapons and characters and what appears to be a new enemy type. Does this mean that the glyphosate has mutated or become infected? Perhaps a new generation of something nefarious was hiding in the ashes. Ultimately, only time will tell.

Here it is – the title and theme of Deep Rock Galactic: Season 3! pic.twitter.com/WZG0tcZGzo

Our favorite space dwarves have been outfitted with new weapons and what appear to be biohazard suits for aesthetic purposes. The new clothes are a significant improvement over what we had previously, and they are unlike anything else Ghost Ship Games has provided. You may get hazmat suits and masks in the new season’s DLC drop for cosmetics. Don’t worry; it appears that some of the hazmat masks will make beards visible.

As before, the Season pass is provided at no cost to players, while the cosmetic DLC is sold separately. There’s no need to rush to unlock everything in the season, as the game’s excellent loot system will make unlockables available even after the season has ended. The fantastic DRG community exists across multiple platforms, and it would be an incredible achievement if they could all play together.

Season 3 of Deep Rock Galactic: Plaguefall will premiere for PC on Steam on November 3, 2022, with platform versions to follow shortly after.