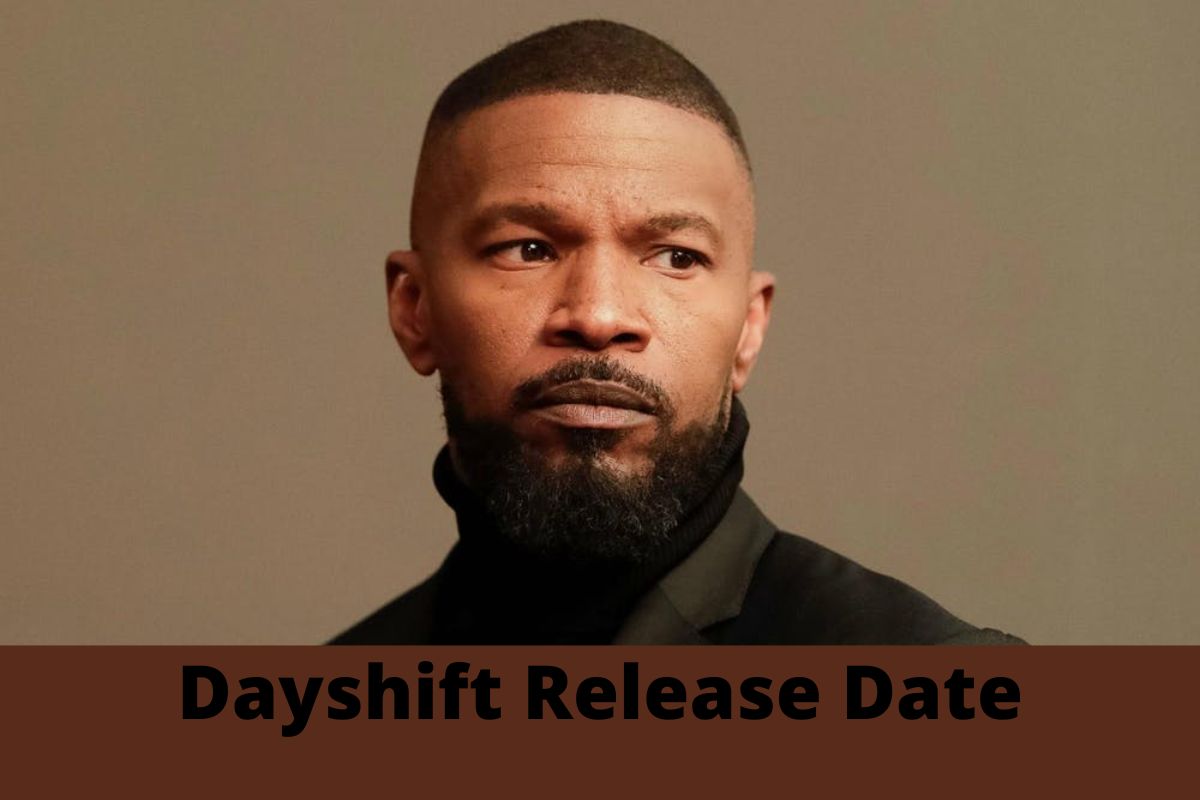 J. J. Perry is best renowned for his stunt work in films like John Wick: Chapter 2 and F9: The Fate of the Furious. With the high-octane vampire hunter flick Day Shift, Perry will make his directorial debut. Shay Hatten and Tyler Tice, who wrote the Netflix original Army of the Dead, collaborated on the screenplay. Jamie Foxx (Django Unchained), an Academy Award winner, will play the principal character in Day Shift.

Despite this being Perry’s first time directing a film, his significant history in stunt work and martial arts means that audiences can expect an action-packed film that’s stuffed to the gills with real-world effects. Along with executive producers Jamie Foxx and Peter Baxter, producer Chad Stahelski (John Wick), who has previously collaborated frequently with Perry, will also serve as a producer.

This film, according to Jamie Foxx in the inside peek teaser trailer, will have a lot of “eating popcorn moments,” during which the audience will be unable to take their eyes off the screen but will instead continue to stuff their faces with their preferred movie snacks. In this upcoming action-comedy thriller, J. J. Perry is giving the classic vampire legend a fresh spin. Everything you need to know about Day Shift, which will be available on Netflix in August 2022, is provided in this article.

What Is Day Shift About?

In the movie, played by Jamie Foxx, the father works as a pool cleaner in the San Fernando Valley to give his daughter, who is eight, a comfortable life. Or at least that is how it appears at first glance. He actually utilizes the pool cleaning position as a front for his main line of work, which is killing vampires. In essence, he is paid to hunt down vampires and is compensated after obtaining their fangs.

Is There a Day Shift Trailer?

On June 7, 2022, Netflix released an “inside look” at Day Shift that featured behind-the-scenes footage of some of the practical effects used in the movie. As he talks about his feelings while filming some of the scenes, Jamie Foxx also provides a far clearer visual example of what he means when he uses the term “eating popcorn moments.” Watch the sneak peek video down below!

On July 11, 2022, Netflix released the official Day Shift full trailer, giving us an even better glimpse at all the vampire mayhem the action-horror comedy will include.

When Is the Day Shift Release Date?

On August 12, 2022, a Friday, Day Shift is scheduled for release. The only place to watch this movie after it is out will be on Netflix.

Who’s in the Day Shift Cast?

The principal actor in this film will be Jamie Foxx, as was already mentioned, but the supporting cast is also very strong. The part of Paige, Foxx’s quick-witted daughter, will be played by Zion Broadnax (Abbott Elementary). Like the rest of the principal characters in the film, Steve Howey (Shameless) is included in the cast but neither his character’s name nor his specific role in it has been revealed.

Along with the notorious Snoop Dogg, other well-known actors such as Dave Franco (The Now), Meagan Good (Shazam! ), Natasha Liu Bordizzo (The Voyeurs), and C. S. Lee (Dexter) are also cast in the list of unidentified characters. There are two other cast members whose filmographies lean more toward the filmmaker J. J. Perry’s own history in addition to the actors who are more instantly identifiable.

Tetiana Gaidar, who will play Sophia in Day Shift, previously served as the Tactical Weapons Trainer for the Resident Evil and Hunters television series as well as the Borderlands movie, which is based on the first-person looter/shooter game of the same name. Scott Adkins will appear in Day Shift with Gaidar, surely bringing his experience from choreographing battle scenes and performing stunts in movies like Ip Man 4: The Finale, Accident Man, and Accident Man 2. In the upcoming John Wick: Chapter 4, he will also appear.

More Movies You Can Watch Before Day Shift Premieres

The film industry moves time swiftly, but not quickly enough for film enthusiasts. To prepare for Day Shift on August 12, have a look at these other films.

The 2011 movie Fright Night, which was directed by Tom Holland (the director, not the most recent Spider-Man), is the ideal companion to Day Shift. It is a remake of the 1985 film of the same name. Starring the late Anton Yelchin (Odd Thomas), Colin Farrell (The Lobster), and Toni Collette, it combines vampire hunting with lighthearted comedy and action (Hereditary). When Charley Brewster (Yelchin) discovers that a new neighbor has moved in next door, his childhood friend Ed (Christopher Mintz-Plasse) implores him to think about the possibility that the new neighbor, Jerry (Farrell), is actually a vampire and accountable for the rise in missing people in the Las Vegas region.

After Ed vanishes, Charley starts to take the situation more seriously and realizes that Ed was correct the entire time. Charley must work with Peter Vincent (David Tennant), a Las Vegas showman with a dubious “expertise” in all things vampire, in order to preserve his loved ones while Jerry tries to lure Amy (Imogen Poots), Charley’s fiancée, and even his mother Jane (Collette).

Van Helsing (2004) is a wet dream for fans of the legendary and iconic cinema monsters like Dracula, Frankenstein’s monster, and the wolf-man. It was directed by Stephen Sommers (The Mummy and The Mummy Returns). Van Helsing, the iconic monster-mercenary of the 1800s, is portrayed by Hugh Jackman (Logan). The Vatican sends Van Helsing and Carl (David Wenham), a Holy Order Franciscan, to investigate after hearing reports of vampire activity in Transylvania. Soon after, he meets Kate Beckinsale’s character Anna Valerious, the last surviving member of an illustrious and long-established Romanian family. The three of them must work together to devise a strategy to stop Dracula (Richard Roxburgh) from raising an army to conquer the world.

This film is delightfully campy and action-packed while maintaining a light-hearted tone throughout, letting viewers to lose themselves in the film’s fantastic score composed by Alan Silvestri (Forrest Gump).

Van Helsing may be watched online on Peacock and can be rented or bought on other streaming services like Amazon or Vudu.

Before seeing Day Shift, you should first watch Blade (1998) and any of the sequels in the Blade trilogy if you haven’t already. Although Blade is not an action-comedy, its premise revolutionized vampire films and was inspired by a superhero of the same name from Marvel Comics. This film, which was directed by Stephen Norrington (The League of Extraordinary Gentlemen), spawned the sequels Blade 2 and Blade: Trinity and will soon be remade with Mahershala Ali (The Green Book) playing the title character.

A vampire attacks a pregnant woman, and the shock of the attack triggers labor. She consequently gives birth to a child, later known as “Blade,” played by Wesley Snipes, a vampire hunter (Dolemite Is My Name). The blade has all of the supernatural abilities of vampires because his mother was bitten just before he was born, but he is resistant to their traditional vulnerabilities, including as sunlight, silver, and garlic. This has earned him the moniker “The Daywalker” among the underground vampire community. He will risk his life if necessary to end vampires once and for all.

Day Shift, which will be available on Netflix on August 12, 2022, is destined to become an instant classic in the vampire-hunter movie genre. Prepare yourself for the next big thing in Netflix’s newest vampire-slaying experience by stocking up on your silver and garlic.

This is all about the Dayshift Release Date, for more informative content visit techballad.com