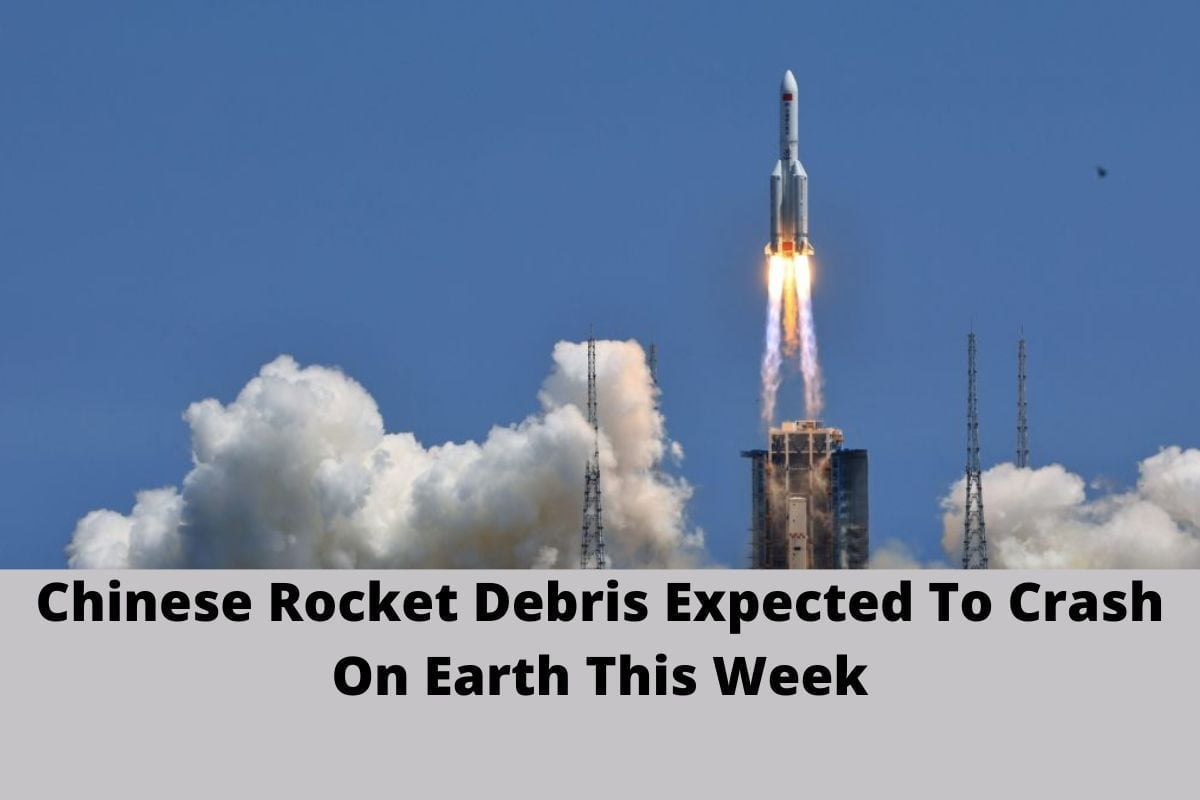 According to US Space Command, which is monitoring the trajectory of the enormous Chinese rocket, the rocket’s remains that delivered a new module to its space station on Monday are anticipated to crash to Earth early next week.

The rocket has finished its mission, but it’s unclear where it will land because it has started to fall uncontrollably toward Earth’s atmosphere. The country has been accused of improperly handling space debris from its rocket stage three times, the last instance being the uncontrolled descent.

“It is made of metal and weighs 20 tonnes. Even if it disintegrates when it hits the atmosphere, numerous fragments, some of which are quite large, will reach the surface “said Michael Byers, a professor at the University of British Columbia and the lead researcher on a recent study on the danger posed by space debris to human lives.

According to Byers, there is almost no risk to people from space debris, but if larger pieces end up in populated areas, there may be a chance for damage. According to research published in the journal Nature Astronomy, Byers claimed that due to an increase in space debris, these slim chances are becoming more likely, particularly in the global south, with rocket bodies being about three times more likely to land at the latitudes of Jakarta, Dhaka, and Lagos than those of New York, Beijing, or Moscow.

In an email, he wrote, “This risk is absolutely avoidable because technology and mission designs now exist that may offer controlled reentries (often into isolated portions of oceans) instead of uncontrolled and hence completely random ones.

The rocket’s re-entry zone, he continued, was strictly defined as being only within the latitude range of 41 degrees south and north of the equator.

A spokeswoman for the US Space Command stated that the USSC will monitor the Chinese rocket’s return to Earth.

The rocket stage’s precise entry point into Earth’s atmosphere “cannot be defined until within hours of its reentry,” the representative stated, due to the varied atmospheric conditions, but it is anticipated to do so around August 1.

Daily location updates will also be provided by the 18th Space Defense Squadron, a tracking unit for reentries in the US military.

For a response, CNN has contacted the China Manned Space Agency.

According to Jonathan McDowell, an astronomer at the Harvard-Smithsonian Center for Astrophysics, space junk weighing more than 2.2 tonnes is often carried to a precise spot on its first orbit around the planet.

The key issue, he continued, is that large objects are rarely sent into orbit devoid of active control.

It “simply tumbles along in orbit and eventually burns up due to friction with the environment” since it lacks an active control system and an engine that can be restarted to bring it back down to Earth, McDowell told CNN.

After launching a second module on a similar rocket, China received harsh criticism for how it handled space debris last year. Ten days after its launch, its remains sank in the Indian Ocean not far from the Maldives.

NASA Administrator Bill Nelson remarked at the time that “spacefaring nations must limit the dangers of re-entry of space objects to people and property on Earth and maximise transparency surrounding such operations.”

In response to criticism, China accused the US of “inflating worries” regarding the rocket return and charged NASA and US scientists with “acting against their conscience” and being “anti-intellectual.”

An uncontrolled re-entry into Earth’s atmosphere by a Chinese rocket core, which weighed close to 20 tonnes, occurred in 2020. The core flew directly over Los Angeles and Central Park in New York City before crashing into the Atlantic Ocean.

Every day, space debris like defunct satellites reenter the Earth’s atmosphere, but the majority of it burns up long before it can touch the ground, thus most of it passes unseen.
The only space debris that poses even a minimal risk to people and ground-based infrastructure is massive space junk, such spacecraft and rocket parts.

This is all about Chinese Rocket Debris Expected To Crash On Earth This Week, for more informative content visit techballad.com