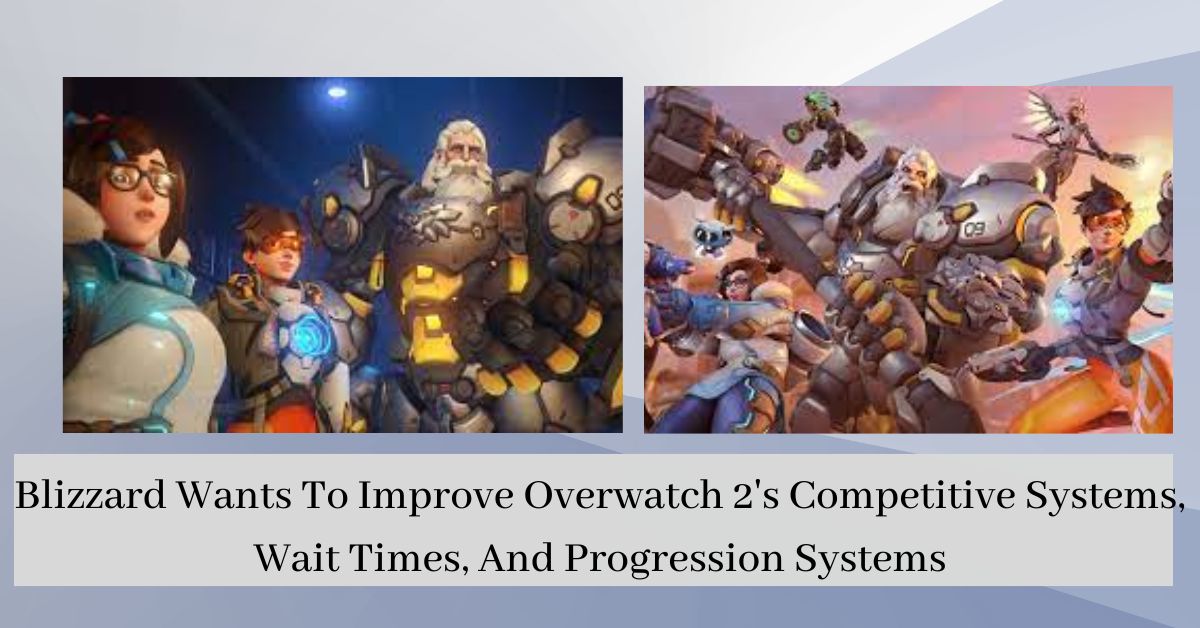 Blizzard has discussed some of the modifications it has in mind for Overwatch 2, such as adding new skins for special occasions and attempting to reduce wait times. Jared Neuss, the new executive producer of Overwatch 2, took some time to discuss the game’s future in a recent blog post.

He discussed new procedures for unlocking heroes and skins as well as how the transition to a free-to-play model has altered how the business model has operated. Neuss clarified that while the team is happy with the daily and weekly challenges, there is room for improvement in the way development is currently handled.

These are going to look awesome playing before your POTG 🏆

One of these modifications is the addition of skins to each event starting with Season 2 in addition to the existing available cosmetic incentives, which players can acquire by participating.

The team will consider “a mix of battle pass adjustments, more fascinating challenges to pursue, and more engaging play-focused progression systems” for players to interact with in the long run, such as Season 3 and beyond. ” Some of these modifications will be ready for discussion soon, while others might take longer to become finalized.”

We gave @shu_overwatch and @skewedOw the ultimate challenge: Overwatch 2 with no HUD.

How do you think you would do? 🧐 pic.twitter.com/hdhyreN1fo

In his message, Neuss also addressed queue timings, stating that the switch to 5v5 has resulted in increased wait times for both damage and tank players. To improve support quality of life, the team is considering “targeted support hero reworks, reworks, game system upgrades, and perhaps some role-wide changes.”

This is one idea they presently have for experimenting with the support position. They want to make it more enjoyable and rewarding to play. While there aren’t any major fixes on the way just now, the UI’s queue-time estimations have been improved, and there are ideas to test out giving battle pass XP benefits to players who queue as support/all roles.

When your team unlocks forward spawn on push in OW2 but you got the bad spawn pic.twitter.com/PhD9erzED6

Neuss acknowledged that there is room for improvement in terms of competition. Unspecified changes have been made to the matchmaking algorithm, as well as modifications that are claimed to help the system “better properly estimate a player’s skill tier and division.”

New midseason patch and POTG login rewards for the 3 new heroes starting with Sojourn are live, our Executive Producer @OhReallyJared shared some Season 1 updates, and we’re adjusting SMS protect to welcome in players with pre-paid phones.

The team plans to dig more into competition in the future while also taking feedback from players on issues like surprise rank changes, feedback rates, and more. The team will shortly discuss the significant changes for Season 2 but will wait to go into detail until after some of the more recent adjustments have had a chance to play out.

Hope you find our post valuable for you… Many thanks for taking the time to read this! If you appreciate it, please leave a comment and share it with your friends. There are other articles available on techballad.com