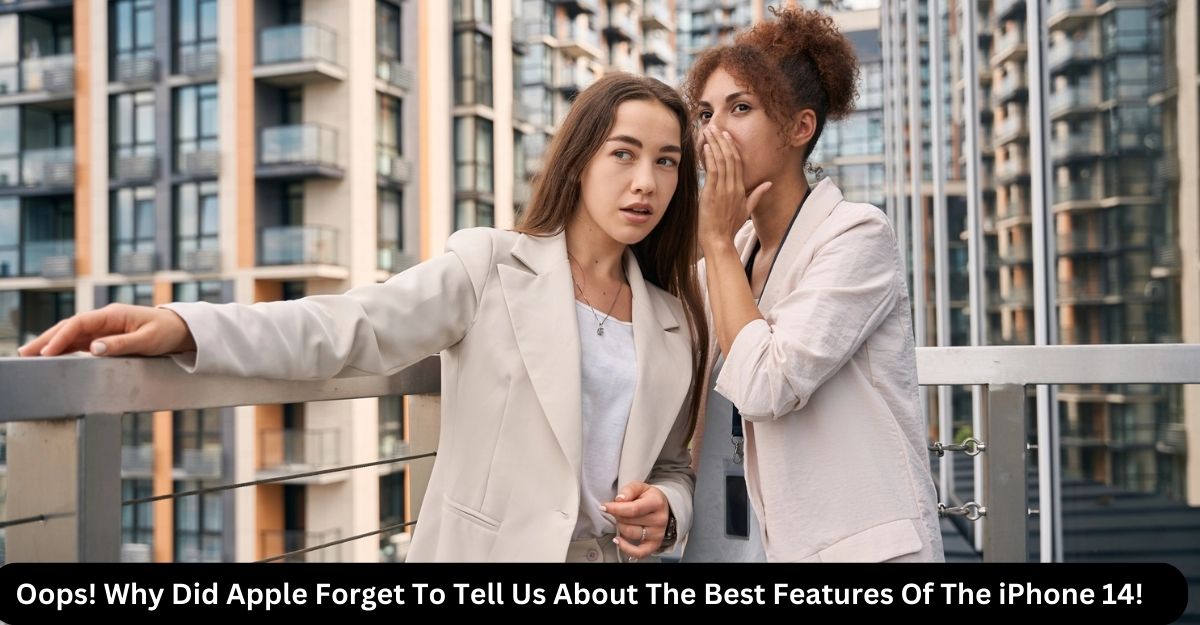 Fans of opening and fixing smartphones discovered a huge, pleasant surprise in Apple’s latest and finest iPhones. Apple (AAPL -1.51%), a global leader in consumer technology, has unveiled its iPhone 14 series. In other words, you know what to do. The new device has a more powerful processor, significantly better cameras, and other functionality that were unavailable on the old one.

In particular, iPhone 14 has a surprising and welcome upgrade that may convince some die-hard Android users to go over to the iPhone. Although Apple did not highlight this breakthrough update during the product’s introduction. Understandably, Apple would like to keep this significant upgrade under wraps. The company’s decision is motivated by sound business considerations. Wait while I break this down for you.

Apple has a reputation for limiting access to home repair services. There are special screws and particularly stubborn glue used to assemble iPhones and iPads. Your iPhone 13’s auto brightness and ambient light settings will stop working once you’ve replaced the cracked screen yourself. A costly authorized repair by Apple’s specialists is the only method to keep those features operational since they will be able to utilize a special connector to update the screen’s expected serial number.

Newer iPhone models have been notoriously difficult to fix, although Apple has made significant improvements in this area with the release of the iPhone 14 series. Repair shops and hobbyists like iFixit and JerryRigEverything’s Zack Nelson agree: this is a major update. The back panel and the screen can be removed with no effort, making routine phone maintenance a joy. In addition to the screen and back panel, the camera lens can now be replaced without taking the phone apart.

According to iFixit, “these improvements to the iPhone will help it last longer and minimize its total impact on the earth.” Hopefully, it will serve as a catalyst for other firms to adopt similar policies. Zack Nelson noted that the iPhone 14’s most commonly broken parts are simple to replace in his breakdown. Unlike most Android phones, I believe the screen and back glass of the iPhone 14 is now even more repairable. Keep in mind that this wasn’t just a superficial makeover; the iPhone’s internals was completely rethought. Everything inside the iPhone has been rearranged to make room for the all-new frame.

Why Isn’t Apple Pounding The Table About This Great Update?

Apple is keeping quiet about what is likely the most user-friendly update to the iPhone platform in years. From the iFixit folks:

All of our — and your — work has paid off. Our advocating, lobbying, yelling in the streets. We’ve convinced Apple’s design team that repairability matters. Now we need your help to convince their marketing team to talk about it.

This is the deal, though. If Apple wants to attract users who use the Android operating system, it will advertise the iPhone 14’s exceptional repairability heavily. Unfortunately, that’s not the point at all. When compared to Apple’s almost rabid devotees, some Android customers are more concerned with cost. Cupertino doesn’t care about increasing sales if doing so requires lowering prices. This is especially true in light of the scarcity of semiconductors available nowadays. There is no longer a limit to the number of iPhones Apple may sell. The iPhone’s profit margins can remain unchanged in this region.

As an added selling point, the manufacturer may say that a device that is simple to fix will remain in the customer’s possession for much longer. Apple still wants you to upgrade your iPhone as frequently as possible. Why bother extending the life of a product that is already very profitable? Even now, Apple isn’t really encouraging DIY or third-party repairs. Even if you manage to get your hands on a genuine Apple-manufactured replacement screen for your iPhone 14, you will still lose access to a few useful functions due to a missing serial-number update.

It seems more likely that Apple intends to increase its profit margin on more extensive iPhone repairs. There may be a low rate of unsuccessful repairs while replacing the back glass on an iPhone 14 Pro Max, and the device can likely be serviced quickly. However, Apple still asks for $549 for the replacement. The price for the same service on an iPhone XS Max 13 from the previous year was $399.

It’s difficult to estimate AppleCare’s impact on the company’s revenue and profits. Sales and operational profits from this division are not reported separately by Apple but instead are included in the services division total, along with income from advertising, digital content, and payment services.

However, Apple’s services division is the company’s second largest after iPhone sales. The sector is also the most dynamic in revenue growth for the firm. Increasing Apple’s margins in this key market by all means possible should be investigated. The iPhone’s improved repairability is a good illustration of this type of notion in action. Many long-term investors are fond of Apple shares because the company doesn’t feel guilty about its large profits.