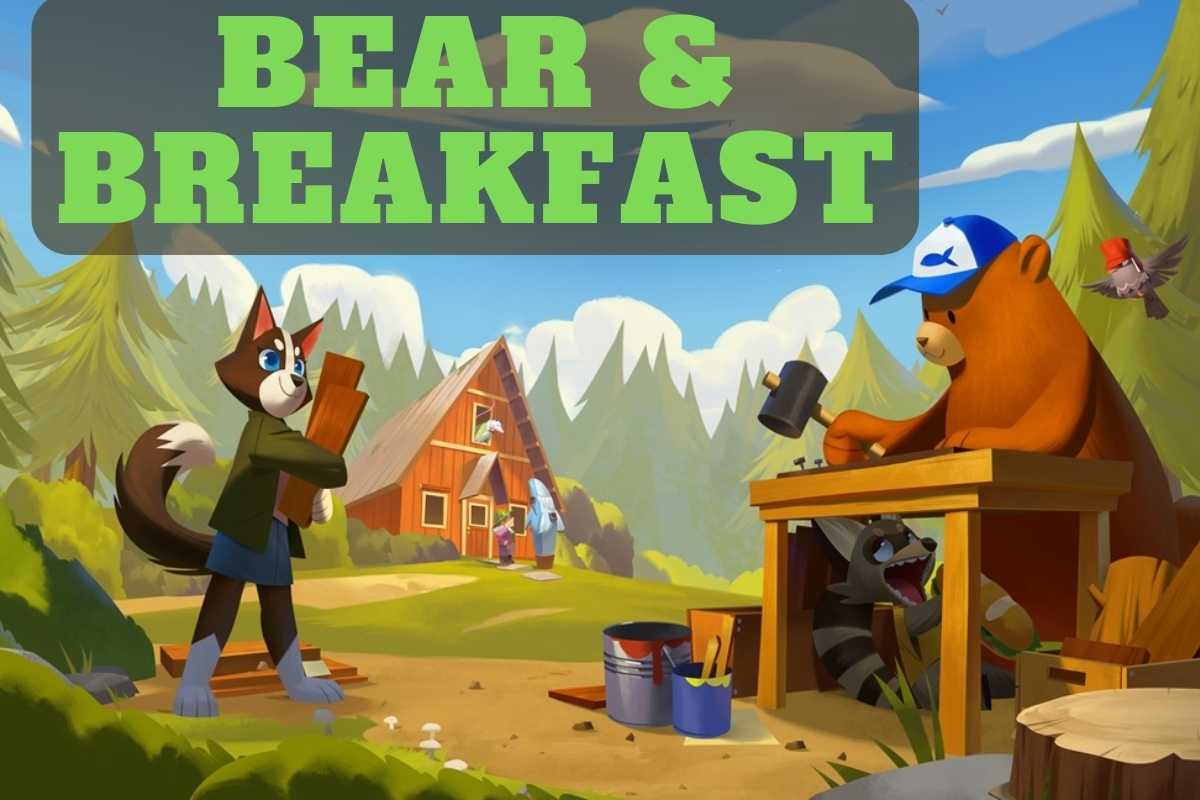 Bear and Breakfast is a warm and fuzzy management adventure that introduces players to the bear who gives the game its name, Hank, who is a laid-back sweetheart with aspirations of becoming an entrepreneur. When Hank and his friends come across a run-down cabin in the middle of the woods, they make the bold decision to transform the dilapidated structure into a quaint bed and breakfast for unsuspecting tourists by rolling up their sleeves.

Players will assist Hank in transforming the shack into a dream forest destination in order to maintain the satisfaction of paying customers. As the company grows, so do the mysteries of Hank’s forest. Players will need to assist the ursine host and his friends in discovering secrets that are as old as the trees themselves.

During the course of their journey through the narrative undergrowth of Bear and Breakfast, players will have the opportunity to construct and customise their own inn according to their individual tastes. They will also come across a plethora of interesting people and outcasts whom the player’s character, Hank, can befriend and assist in achieving their own individual objectives.

THE BEAR IS OUT OF THE BAG!

Bear and Breakfast is OUT NOW on PC!
Build, decorate and manage various B&B’s in the woods, but you’re a bear!

DATE AND TIME OF THE RELEASE OF BEAR AND BREAKFAST

Bear And Breakfast will be available to the public for the first time on Thursday, July 28, 2022, at ten o’clock in the morning Eastern Time (ET).

As was just mentioned, the launch of Bear And Breakfast for this month will only be available on the Steam platform because there is currently no console version ready for release. “Bear and Breakfast launch on Steam tomorrow, July 28th, at approximately 10 AM Eastern Standard Time,” reads a message sent out by the Gummy Cat development team.

Congratulations to the phenomenal @BearBreakfast on releasing their game today! Hank is an absolute icon. We do have a soft spot for bears, after all. pic.twitter.com/QszvW98CR0

At this time, the only way to wish-list Bear And Breakfast on the Steam Store is, which means that players will have to wait until the game is closer to its launch date before they can purchase and install it. The good news is that B&B only needs 3 gigabytes of storage space, which means that it will be a quick download when it is finally released this week.

The release of an updated version of Bear and Breakfast was initially planned for the year 2022 but has been pushed back due to technical difficulties. The video game will also be made available on Nintendo Switch gaming consoles and was initially planned to have a simultaneous release this Summer. On the other hand, the team at Gummy Cat has decided to postpone the launch of the game on Switch due to issues with the settings of the controller. They told fans via Twitter:

Players of Bear & Breakfast will assist Hank and his friends in renovating an old cabin in the woods so that they can rent it out to naive tourists using the unstoppable force of teenage entrepreneurship. Players will be responsible for renovating the cabin, personalizing the rooms, and ensuring that paying customers are satisfied. But just beyond the treeline, sinister schemes are afoot, and Hank and his friends may very well unearth mysteries that are as old as the forest itself!

This is what the game’s Steam page says about its features: “