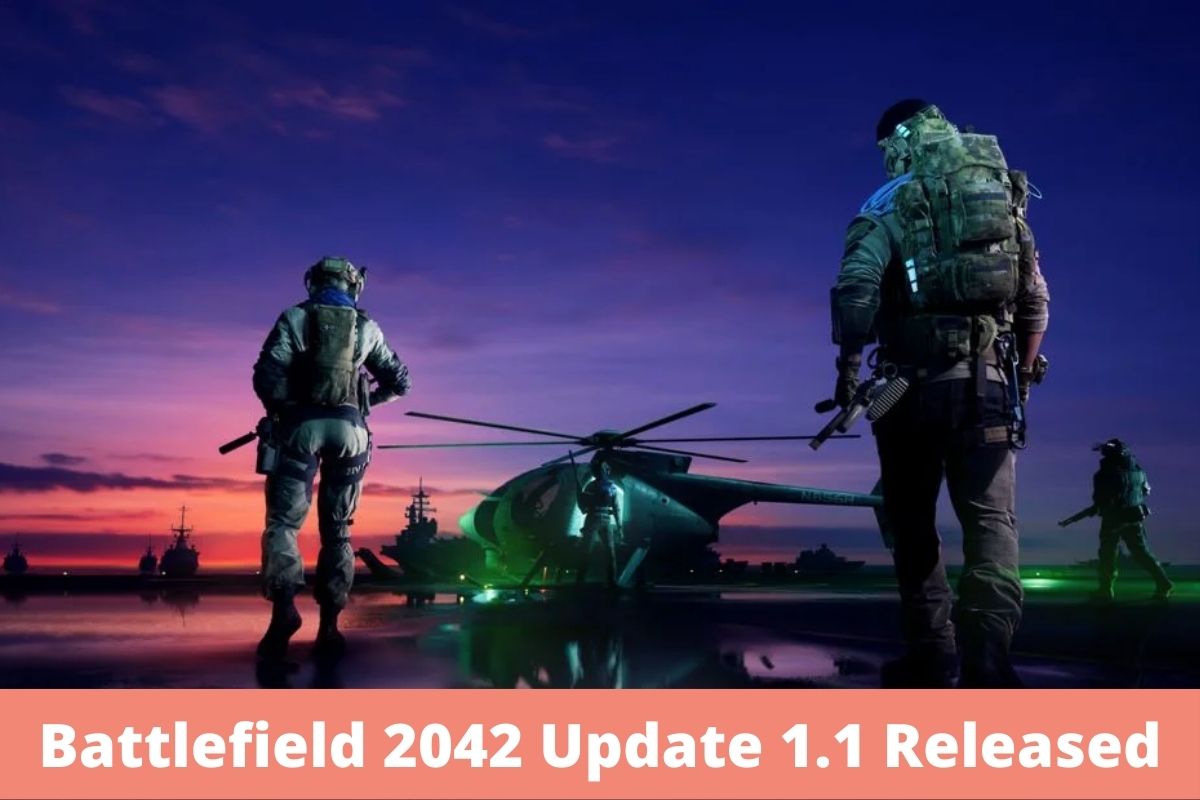 You’ll find fresh repairs, quality-of-life upgrades, and balancing adjustments in this update. Here are some examples of what to anticipate: New XP events have been added for pilot deaths, mine clearance, and repairs.

Several modifications to the vehicle balance, such as a decrease in the 50mm Cannon’s power on the MV38-Condor. DMR adjustment to boost their value in long-range combat. New playspaces, vehicles, modifiers and rules editor options are added to Battlefield Portal to enable the construction of custom game variants further.

We’ve made a number of adjustments to lessen Hazard Zone’s dependency on Data Drive Scanners. The mode should be simpler to grasp with more options for the gadgets you can use to deploy.

Hazard Zone now has Second Chance, a brand-new mechanic. As a result, it ought to be more understanding when you first meet and begin interacting with new team members.

This is all about the Battlefield 2042 Update 1.1 released, for more informative content visit techballad.com