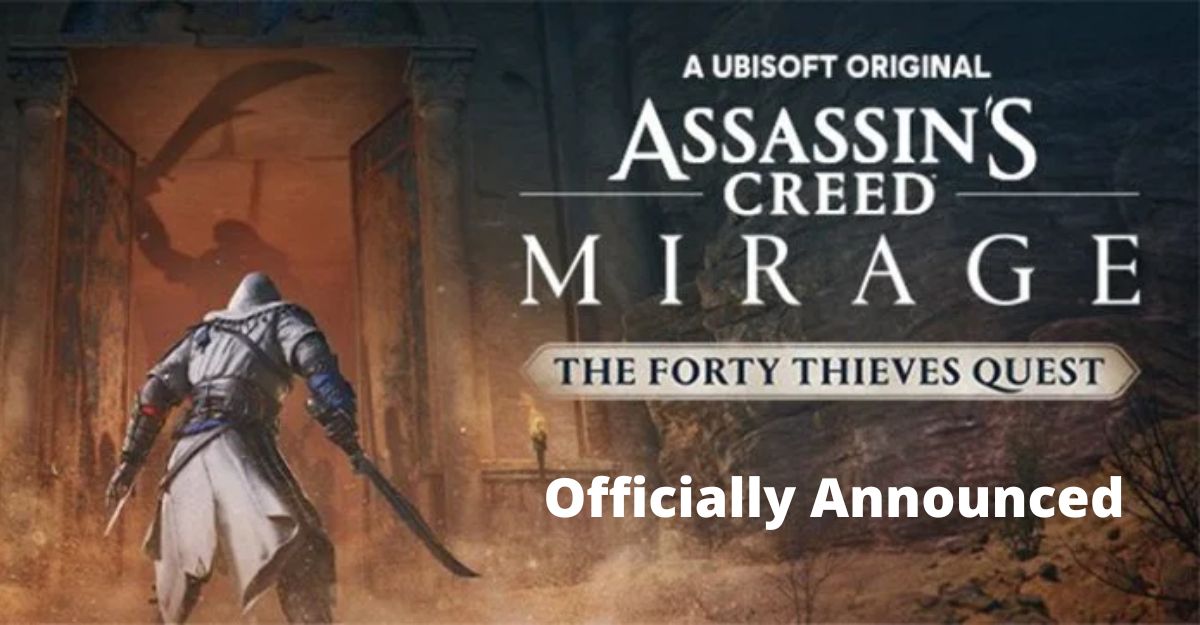 After Assassin’s Creed Mirage leaked earlier today, Ubisoft has finally announced it. In addition to the news, Ubisoft confirmed on the franchise’s official Twitter (below) that more details would be revealed at next week’s Ubisoft Forward event.

A new screenshot was also released, depicting what appears to be the game‘s protagonist (who is widely believed to be Basim from Assassin’s Creed Valhalla) stopping by for… an assassination. On September 10 at 12 pm PST/3 pm EST/8 pm UK, Ubisoft Forward will officially launch (so 5 am on September 11 AEST).

According to Eurogamer’s claim, Assassin’s Creed fan site The Codex Network leaked artwork of the new assassin via a tweet that has since been deleted.

An assassin dressed in the series’ signature white robes faces a battle against an unseen foe whose blade is obscured by the light of the assassin’s cloak. The artwork may be a part of a pre-order bonus, as one version of it suggests ‘The Forty Thieves Quest.

The blue and red sleeves and matching blade give the assassin’s identity as Basim, a character from Assassin’s Creed Valhalla, away. This lines up with rumors that an expansion-turned-standalone game starring Basim will be released this year.

Next week, on September 10, Ubisoft will conduct a multi-game showcase called Ubisoft Forward, where it is expected to present the upcoming Assassin’s Creed in its entirety. Previous speculations suggested that this game would be “smaller in scope,” with a greater emphasis on stealth parts than a massive open environment like Valhalla or Odyssey.

Ubisoft is also developing a game called Assassin’s Creed Infinity, which will be an ever-evolving platform like Fortnite and feature content from across the franchise’s 15-year history, including several titles, characters, and missions.