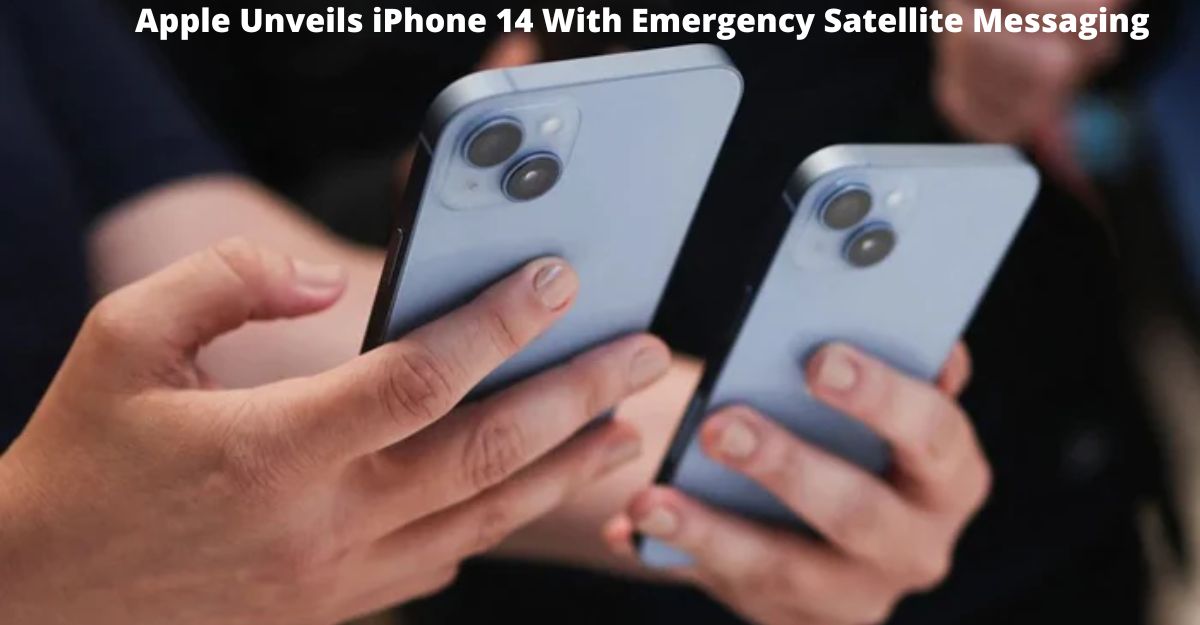 Apple unveiled a variety of new iPhone 14 models with accident detection and the ability to send an SOS signal via satellite, as well as an Ultra watch designed with adventurers in mind.

Apple’s ability to monetize its relatively affluent client base, which has maintained spending despite growing inflation but is not immune to a failing economy, will be put to the test by the iPhone 14 models.

The company added that its FindMy app will allow users to broadcast their location via satellite in some scenarios where no other means of communication are available.

In a filing, Globalstar announced that it would be Apple’s satellite operator for its SOS emergency service.

On Wednesday, trading in Globalstar stock was halted after it dropped by almost 16 percent in anticipation of Thursday’s announcement of an agreement with Apple. The stock price is up around 50% so far this year.

Competing businesses are developing essentially the same capabilities. Elon Musk, the founder of SpaceX, announced last month that the company is collaborating with T-Mobile to provide Internet access through satellite.

With a bigger display like the iPhone Pro models but the same A15 CPU chip as the iPhone 13, Apple’s upcoming iPhone 14 Plus will be a hybrid. Apple also debuted three new Watch models, including the Watch Ultra, which is designed for high-impact activities like swimming and scuba diving.

The Ultra is more suited to use in outdoor settings, with a larger battery life, greater resilience to water and extreme temperatures, and enhanced GPS tracking capabilities.

Prices for the Series 8 with a cellular start at US$499, while the SE’s cellular options begin at US$299. On September 23rd, you can get your hands on an Ultra for a starting price of $799 (US).

Apple has announced that its new Series 8 watch includes a temperature sensor that can be used in tandem with the company’s cycle tracking software to provide accurate menstrual cycle insights.

The company’s cycle monitoring system is unique in its emphasis on user anonymity and confidentiality. After the US Supreme Court struck down a constitutional right to abortion in the United States, digital companies have made protecting users’ privacy and the confidentiality of information about their reproductive health a top priority.

Apple has stated that it cannot decrypt health information such as bike rides. However, despite the fact that Apple’s existing user base has contributed to the company’s growth through the purchase of accessories like the Apple Watch, the iPhone still accounts for 52.4% of the company’s sales as of the most recent fiscal year.

More than an hour into the presentation, Apple’s stock was up 0.6%, which was in line with the opening of the event but below the 1.5% rise in the S&P 500.

There is speculation that Apple will unveil a mixed-reality headset on Wednesday. It is anticipated that the device will contain cameras that provide a see-through image of the outside world to the wearer while superimposing digital items in the real world. The item is not expected to hit stores until at least next year, according to analysts.

Since Apple often keeps its product plans under wraps until right before its devices go on sale, a sneak peek would be quite unusual. Meta Platforms Inc. is allocating many billions of dollars toward the development of a competing headset, codenamed Project Cambria.

However, Apple may need to give developers time to grow accustomed to the headset before it can release attractive apps for it. O’Donnell added, “People are going to take a lot longer to develop for a new and substantially different type of platform.” REUTERS